Traveling to the Land of Winter

As part of my 2015 goals, I promised that I would share more photography on the blog, and this will be one of those posts. Two weeks ago, I traveled to Minnesota, to see my college friends and my nephew in Minneapolis, and to attend the Knitajourney Midwinter Retreat in Duluth. I hear a lot of incredulous, "You're going to Minnesota in winter?" comments from my Seattle friends, but I love getting a taste of real winter on this trip. We have been sadly lacking any true winter weather this year in the Northwest, but going to Minnesota in January gives me my winter fix. So, enjoy my scenes from Minnesota, the Land of Winter! 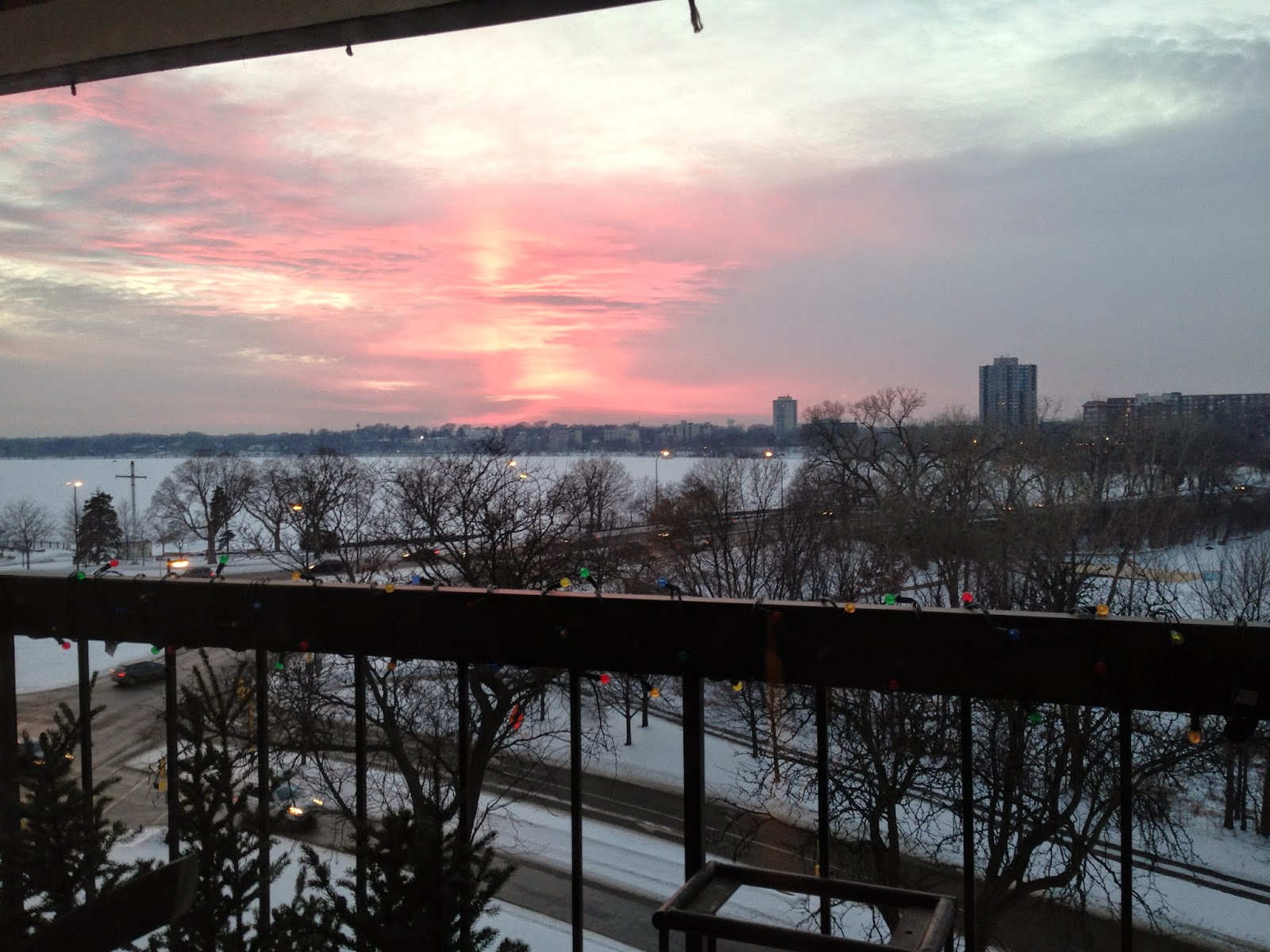 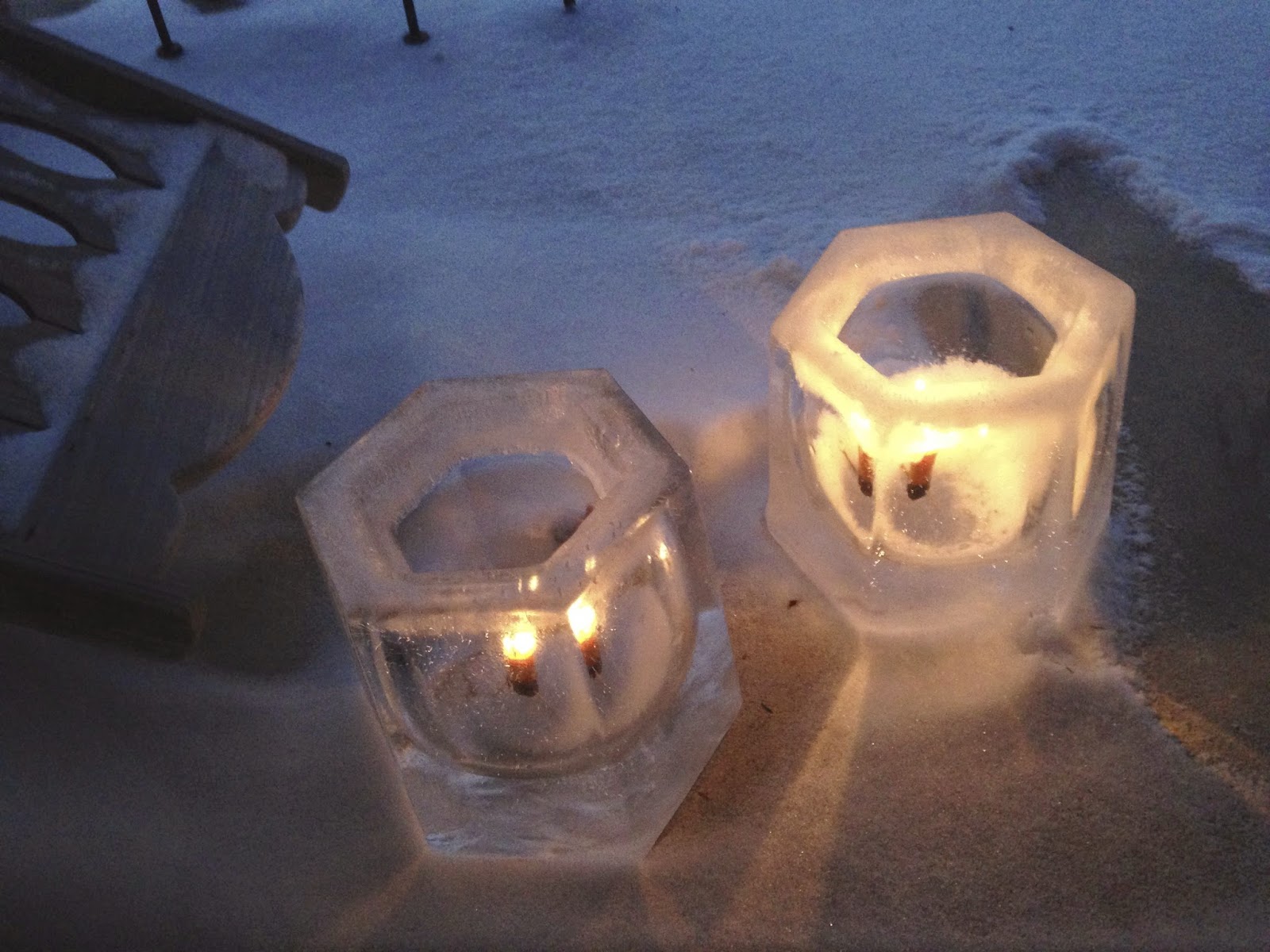 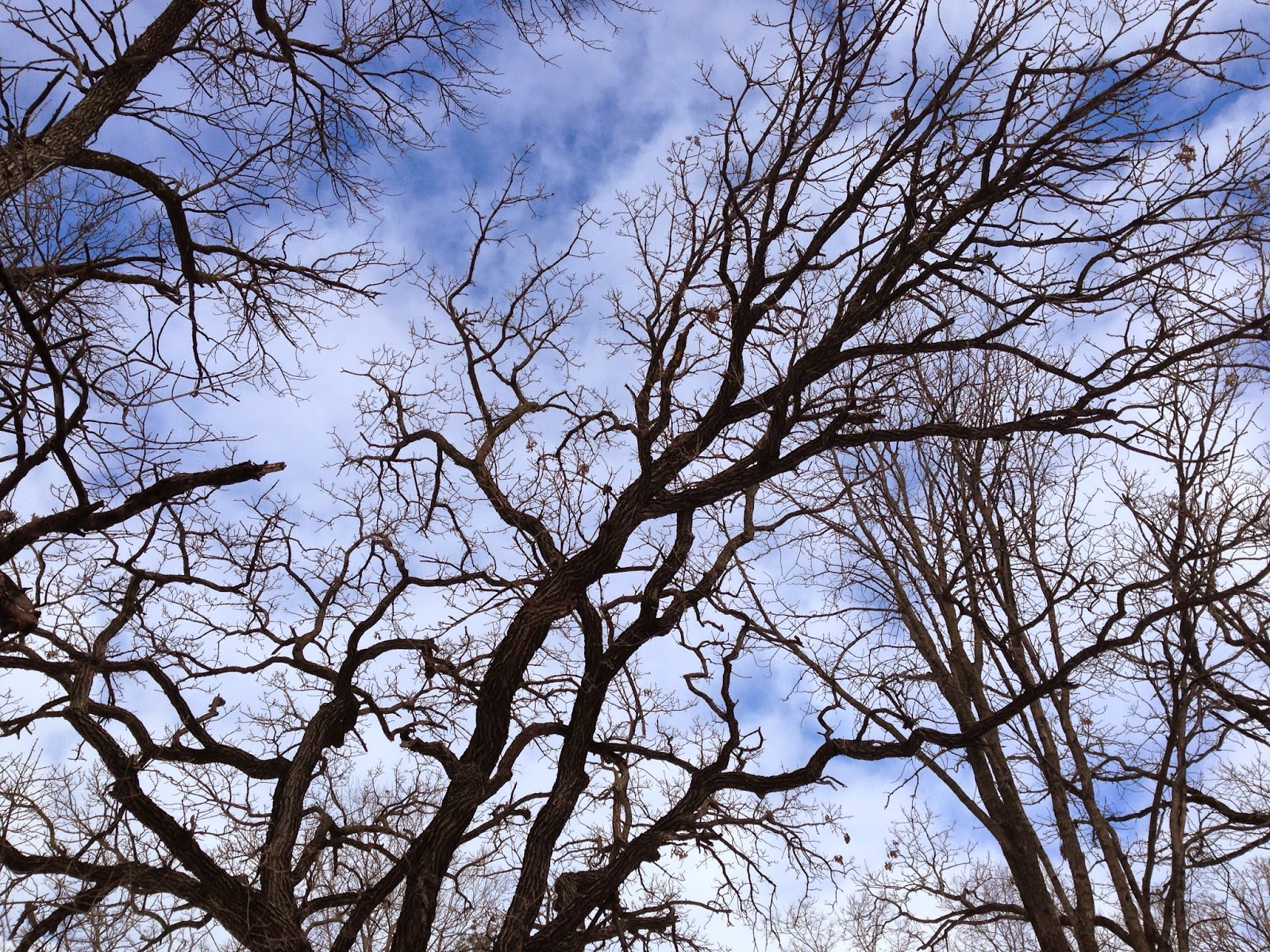 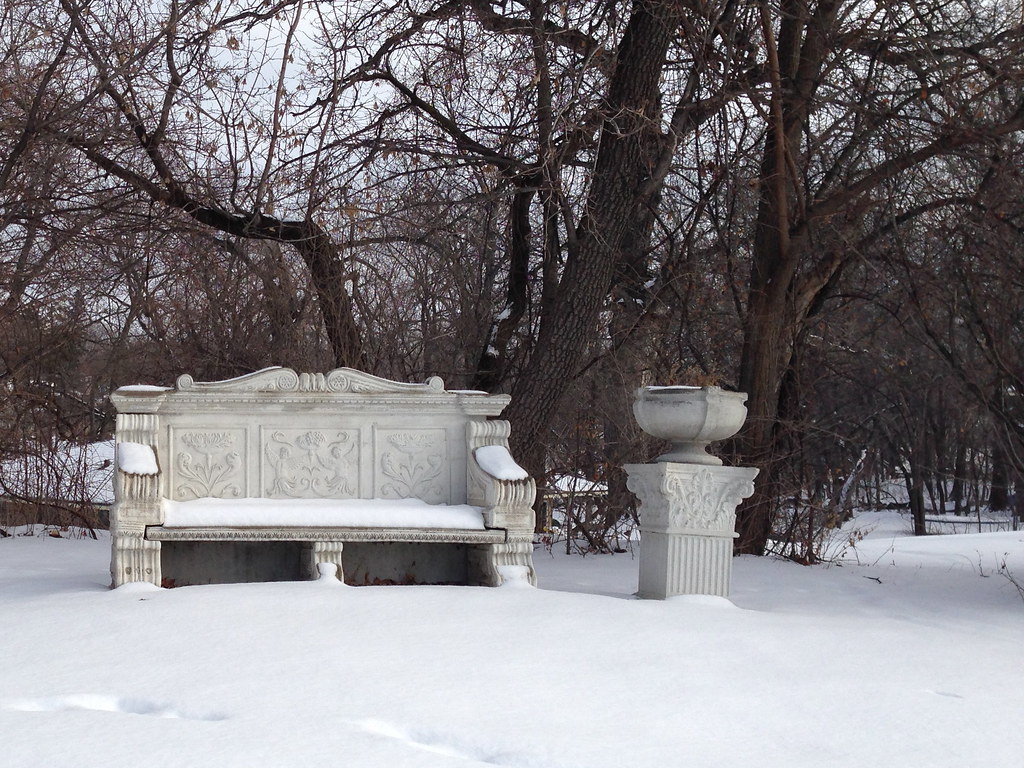 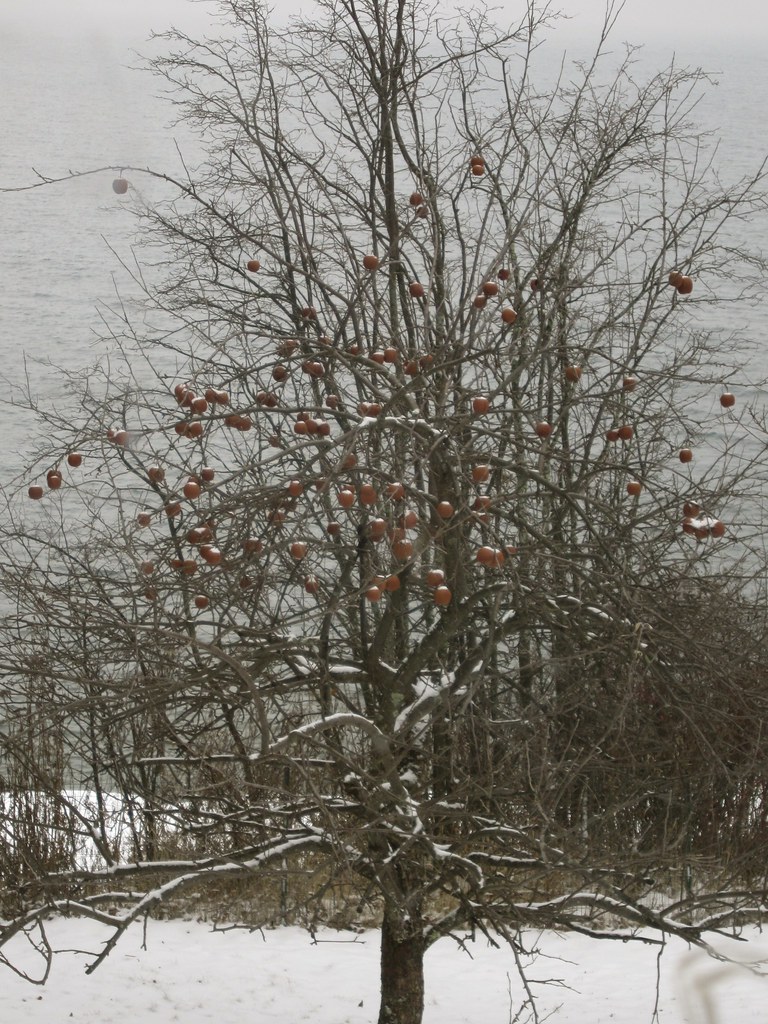 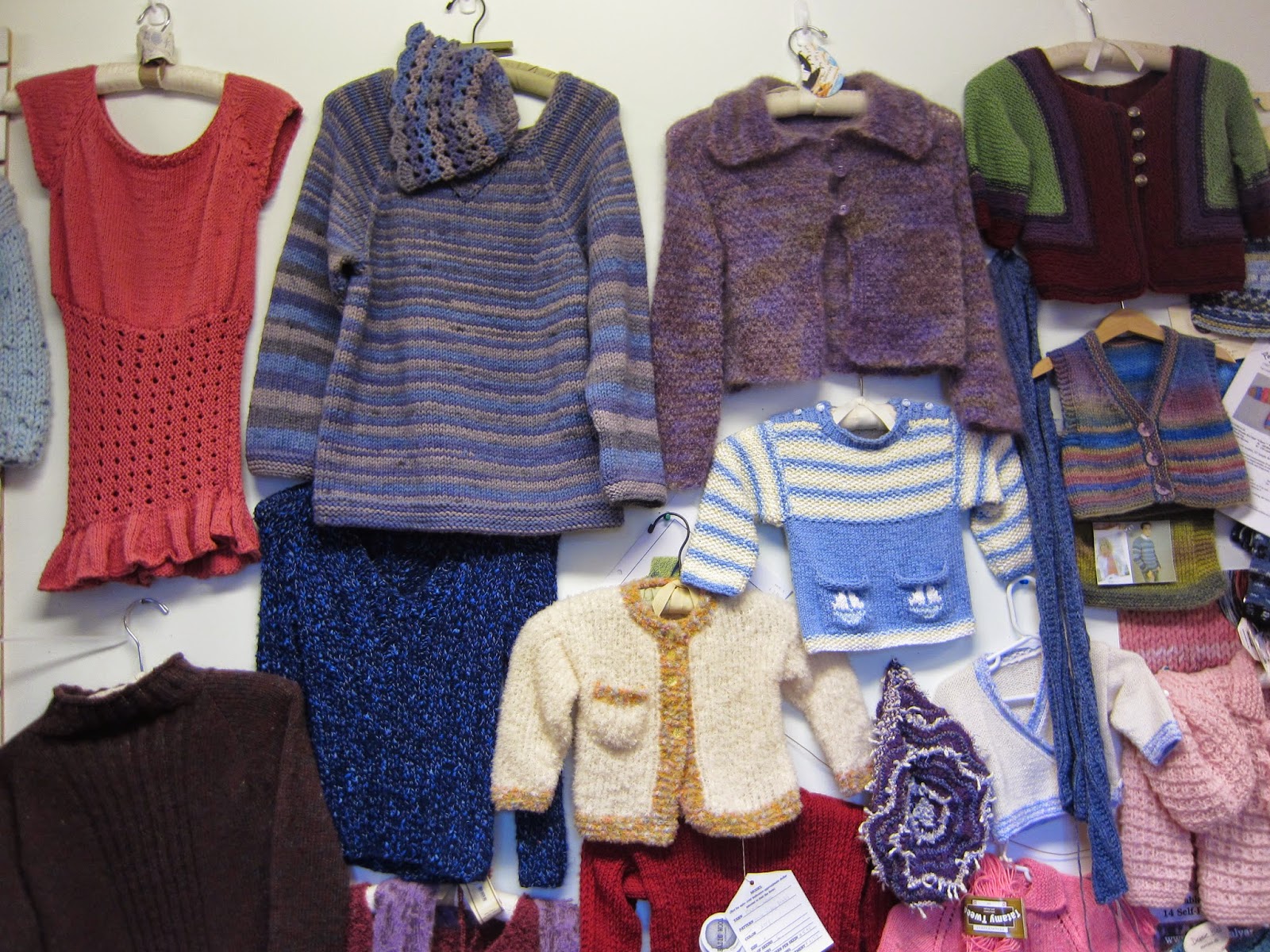 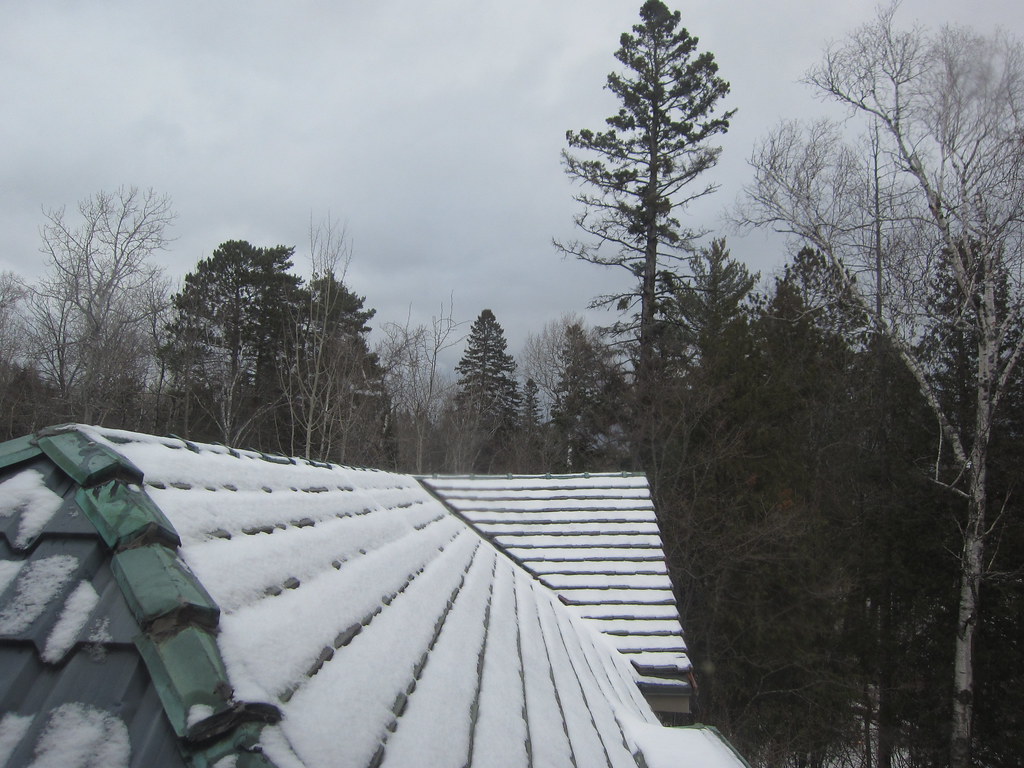 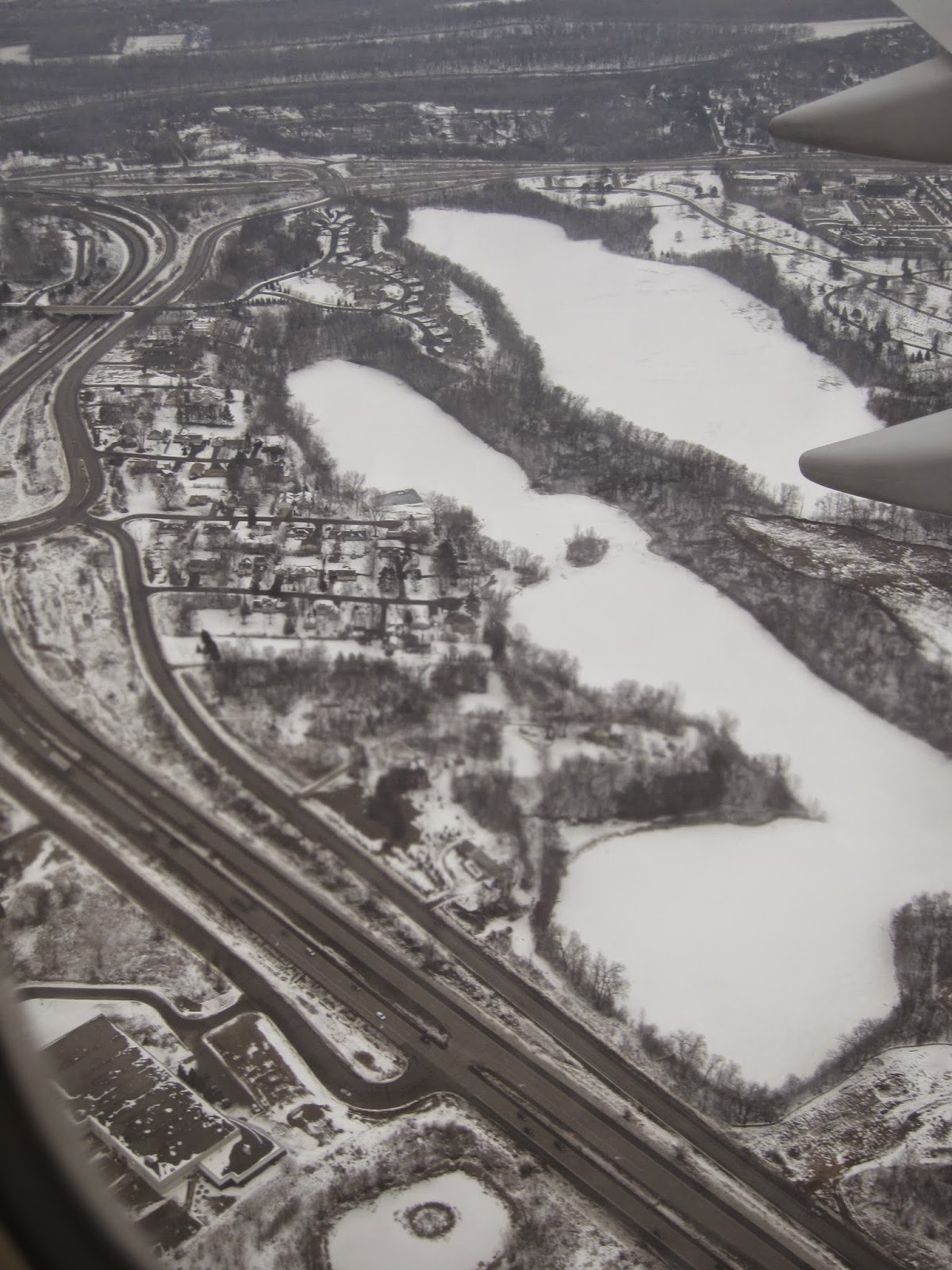 Happy New Year! This is usually the post where I talk about my goals for the year, but with a couple exceptions, I don't plan to do that this year. What I want to do instead is give you an update on the projects that I finished in the MySister's Knitter finishing WIPs KAL that I wrote about back in October. I had intended to post an update in November, but blog posts have been few and far between lately, so that update never happened.

When I first posted about the KAL, I had finished three of nine WIPs, and shared in-progress photos of two others. My final tally at the end of the KAL: seven of those nine projects are complete, and both of the unfinished projects are actively being worked on, so I expect to have two more FOs in the not too distant future.

Started on August 31, I finished Little Pumpkins for My Feet on October 20, in plenty of time for Halloween. I wore them to a pumpkin carving party, as well as on Halloween.

Next up in the finishing category was a rather embarrassing project that had been on the needles since November 21, 2013, and which I finished two days short of a year later. I had originally intended it to be a birthday gift in March for my friend Elizabeth, instead, it was her Christmas gift. Here is my Better Late Than Never Shawl, modeled by yours truly.

I cast on my Time to Experiment Socks way back on May 15. I wanted to experiment with a different heel that would work well with self-striping yarn, so I pulled out some sale yarn from WEBS to use for my experiment. Initially, I thought I would try an afterthought heel, but then I started hearing about the OMG Heel, and decided to knit that one instead. The heel was quite easy to knit, with very clear instructions, but when I tried on the in-progress sock, it didn't fit my narrow foot very well. At first I thought I would just finish the sock and try another heel on the second sock, but I ultimately opted to rip back and try the Fish Lips Kiss Heel instead. I got Mr. D to trace my foot and then did all the measurements that the pattern requires, and Eureka—an amazing, great-fitting heel!  Here are those socks, finished on Christmas Day:

Finally, I completed what was probably the biggest slog of all of these projects, my Crescent Candelia, which I cast on back on May 2, and finished, just under the wire for the KAL, on New Year's Eve. I have to admit that the long wait for the FO was worth it—I love this cardigan, especially the gorgeous Hazel Knits Artisan Sock Crescent colorway, which was named for Lake Crescent in Olympic National Park. The lake is this exact shade of deep blue-green.

Okay, that's the latest on the WIP-knitting front, but what about goals for 2015? I just went back and read last year's goals and they were pretty much a repeat of the goals from the year before. I noted that I gave myself a pass on photography, hiking and reading goals, and all of those things were a part of my year, although there was not nearly as much photography happening as in 2013. Because I did manage to take photographs, hike and read without specific goals, I thought I might try a more relaxed approach with knitting goals this year. I do have two goals—one for knitting and one for photography—I want to tell you about, however:

1. I want to significantly reduce my stash in 2015. I know, I know, I say this every year, don't I? In 2014, I spent less money on yarn than I did the year before, but the size of my stash still grew. (I'm not sure how that happened!) I'm starting the year by participating in three knitalongs devoted to knitting from stash, so that should help use some yarn up. I am also attempting to limit my purchases to yarn for charity projects (Click for Babies hats) and one souvenir yarn (at the knitting retreat I'm going to next week) until I attend Stitches West in February. I don't expect to not buy yarn at Stitches, but I do want to go into the market with a detailed list of projects I want yarn for (the successful strategy I  followed at Stitches in 2013), rather than just drifting from vendor to vendor with no plan (the disastrous strategy that I followed last year).  Anyway, this is the initial plan. I expect it will be updated as the year progresses. I'll try to post about how I actually get along, both my successes and failures, throughout the year.

2. I want to make a concerted effort to take photographs and post them on the blog. Back in 2013, when I was doing a Project 365, I was regularly posting my photographs to the blog. For a while, I was even posting a photo a week. That type of frequency is very easy to burn out on—ask me how I know this—but I do want to share some of the fun and interesting pictures that I find and capture in my everyday life, and you can expect to see them posted here from time to time.

So that's it for now. I'm looking forward to sharing the events of my year with you in the weeks and months to come.