Wow, have I been missing from the blog! No excuses, but first it was three weeks of travel, and then it was just the stuff of life happening.

But I mentioned travel, didn't I? In June, Mr. D and I celebrated our 15th anniversary with a trip to Scandinavia. Our first stop (and the last stop, too) was Stockholm, a beautiful city, built on islands and surrounded by water.

Stockholm is a very old city, and we explored a neighborhood that existed long before America was even settled. 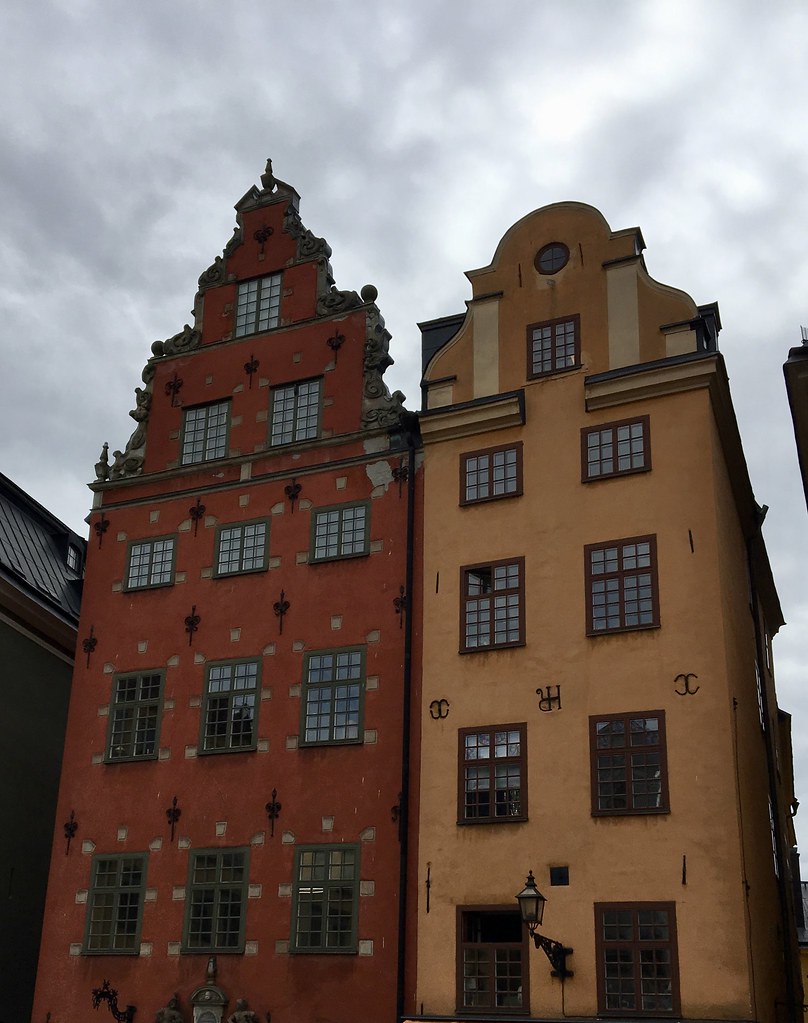 These two buildings are located in Gamla Stan, Stockholm's Old Town. The building on the left, Ribbinska Huset, was built to commemorate the Swedish citizens, priests and noblemen who were massacred by the king of Denmark in 1520. Each of the white squares in the façade of the building represents one of the people who were killed. A pretty building with a pretty grisly story...

In the city center of Stockholm is a pretty little park, Kunsträdgården (King's Garden), where the statue of King Karl XII (1682-1718) looks over all. He is a favorite of the birds, as you can see. 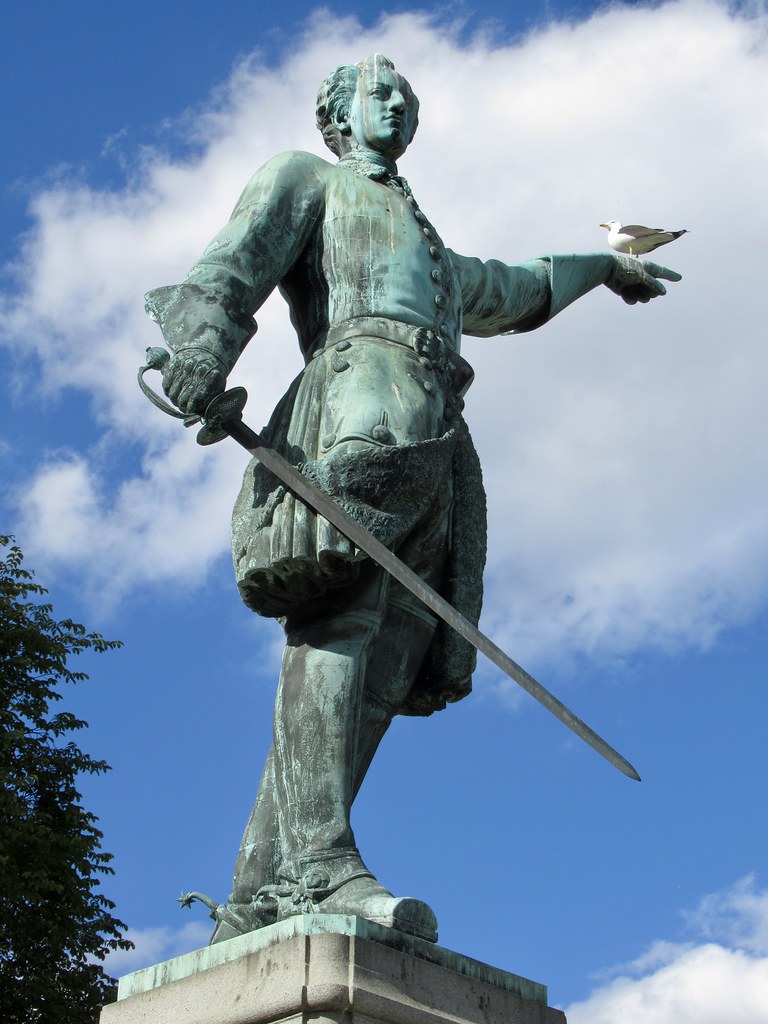 We were lucky enough to have our time in Stockholm coincide with our friends' visit with their daughter, who lives there and is getting her Master's Degree at the University of Stockholm. We spent an enjoyable morning with the three of them exploring the Sodermalm neighborhood. Sodermalm was once a working class neighborhood, and has been popularized by Stieg Larsson's Girl with the Dragon Tattoo. It is a mixture old buildings and new growth, as you can see in this photo: 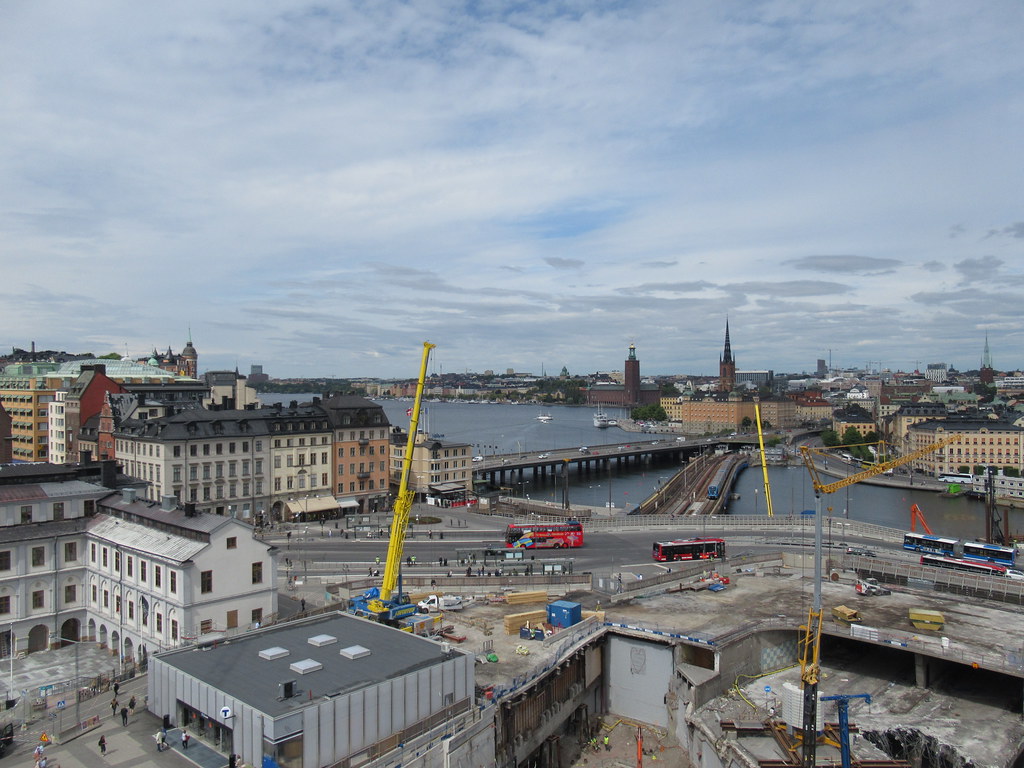 We also discovered that there is still plenty of Old Stockholm in this picturesque neighborhood: 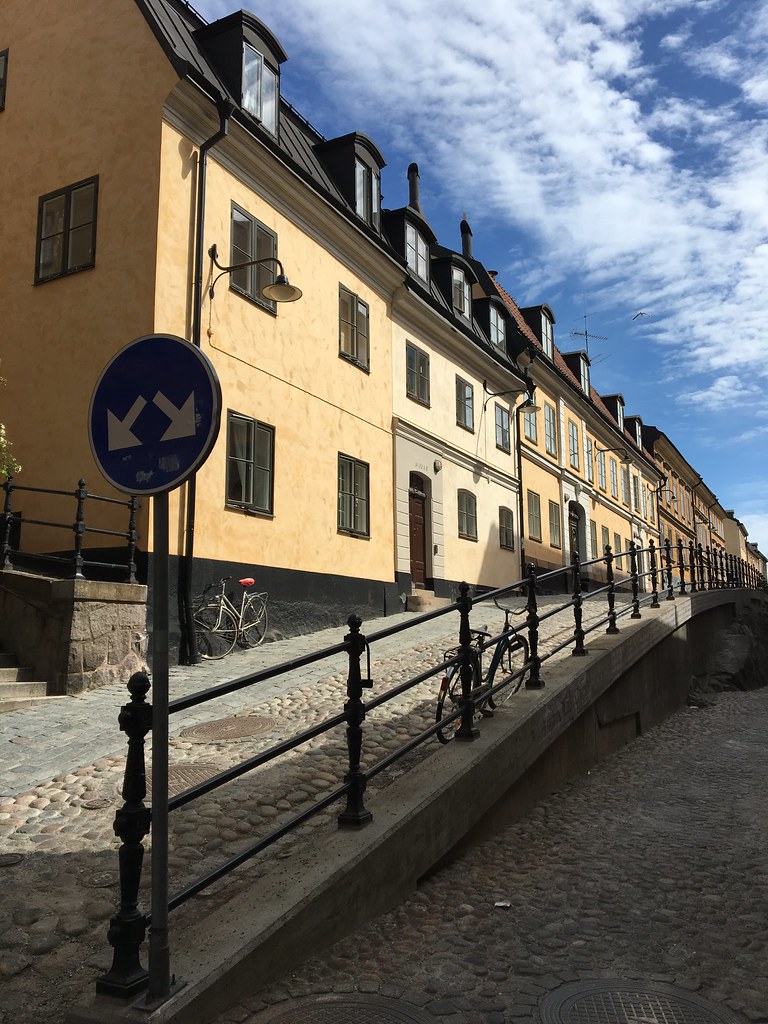 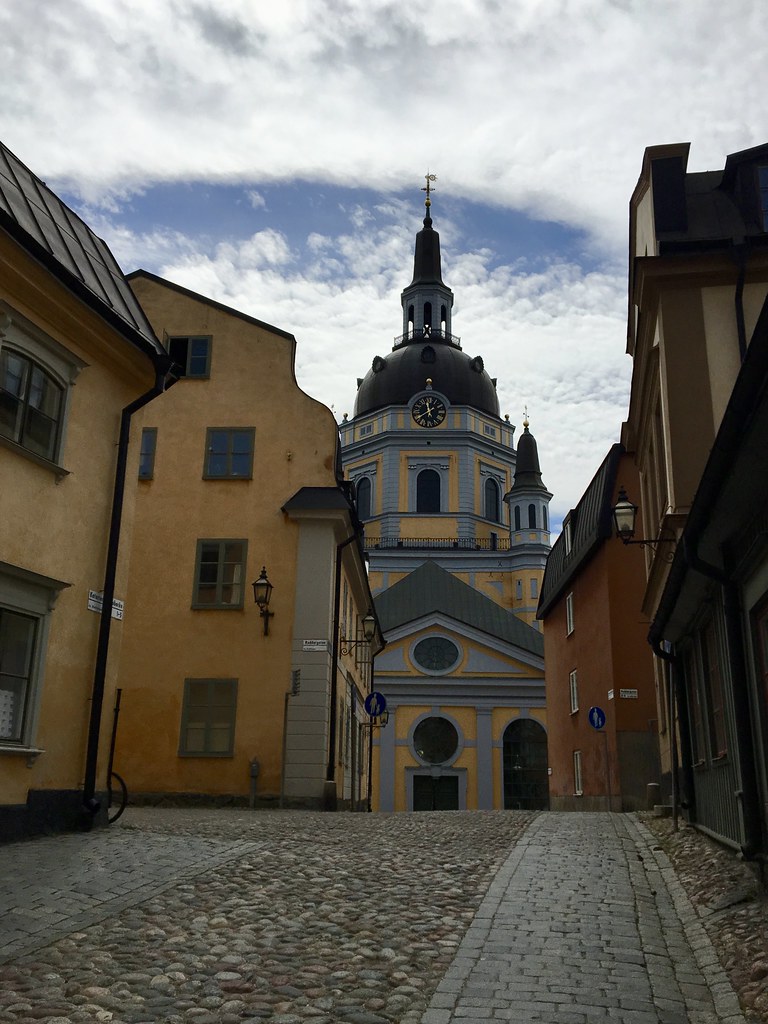 Every visitor to Stockholm has to get out on the water at least once. We did this by taking an afternoon cruise through the Stockholm Archipelago, passing by hundreds, if not thousands, of islands in just three hours. The sights included an amusement park, sailboats, and a typical weekend cabin, painted "Swedish Red". 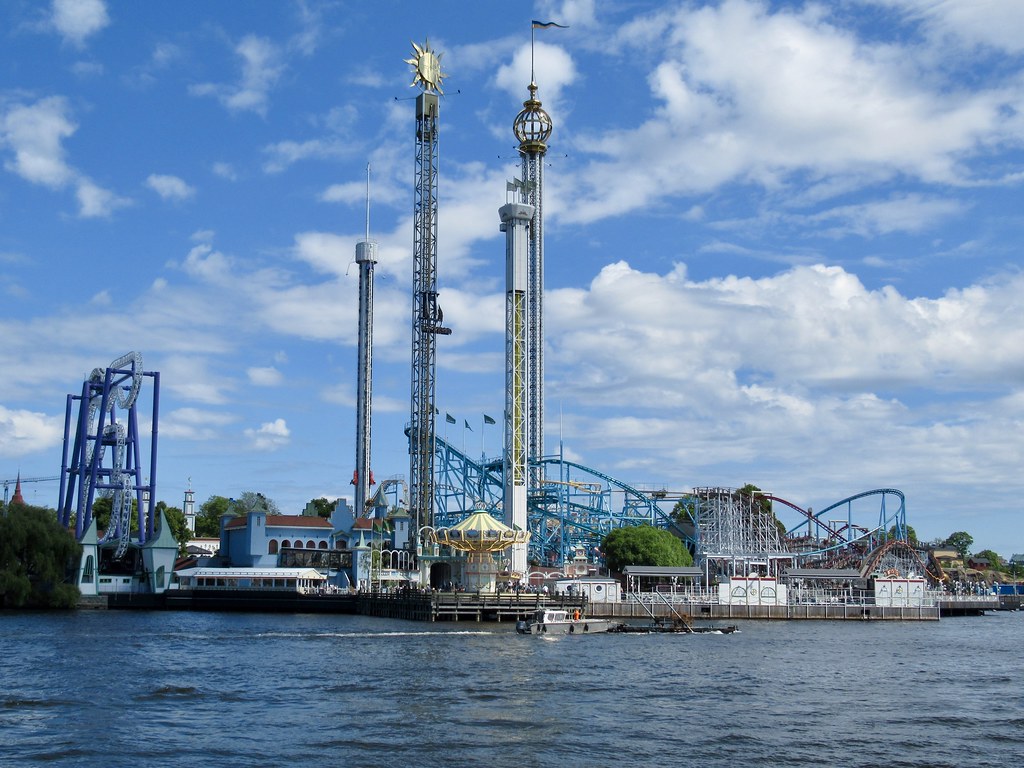 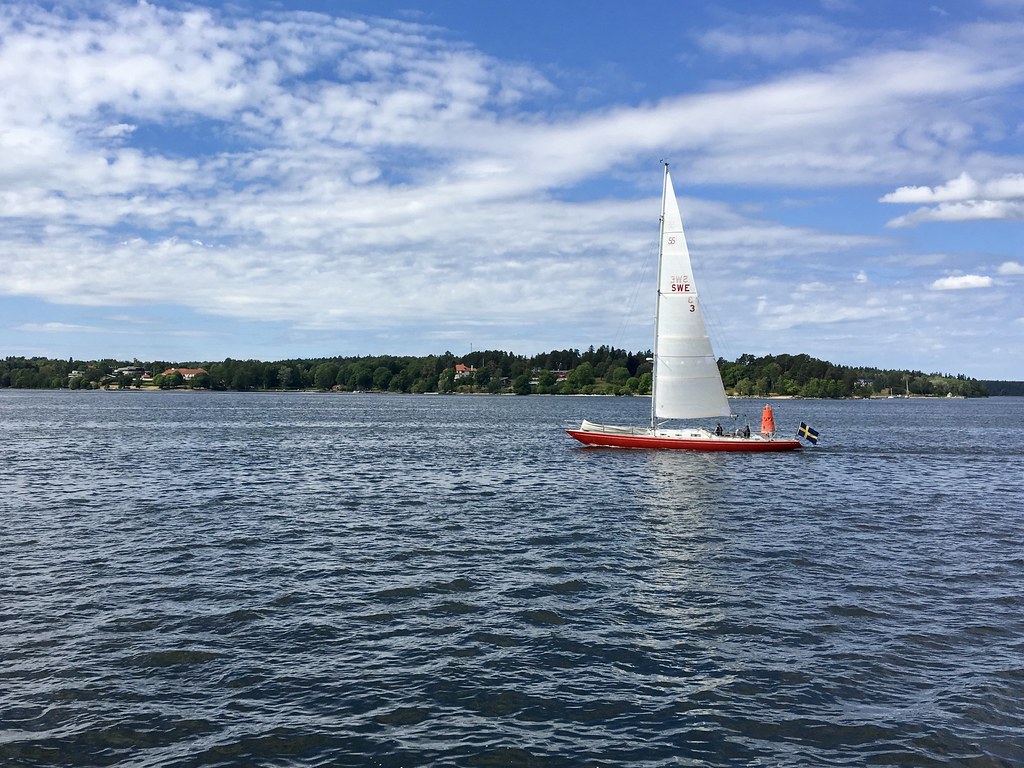 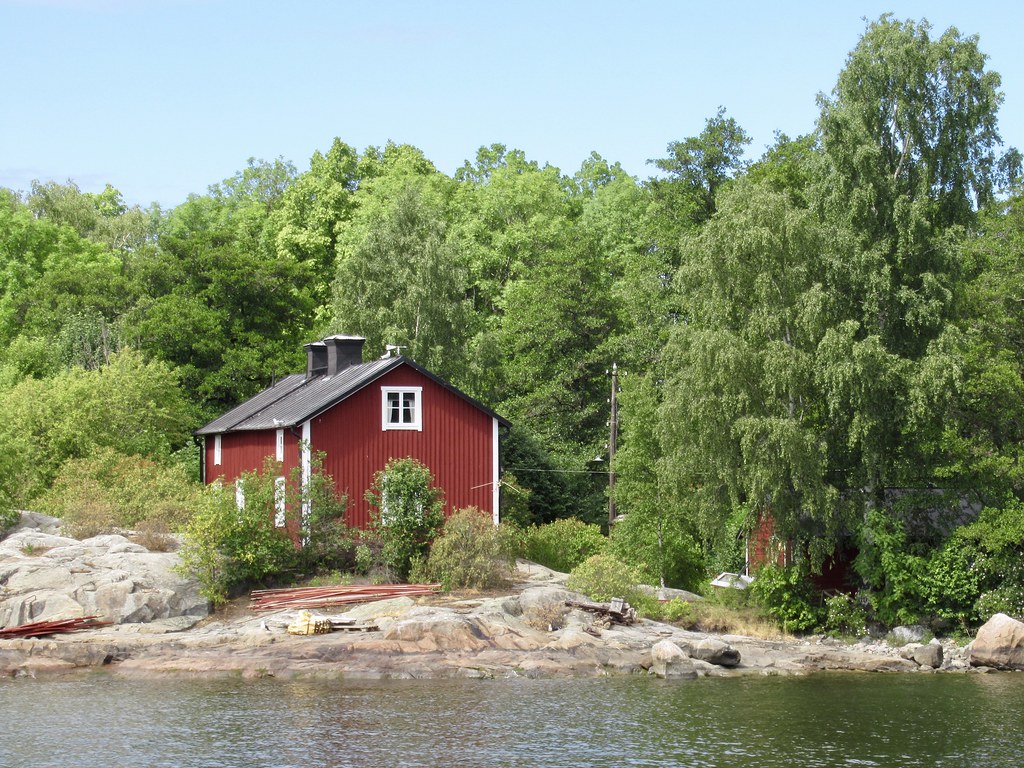 All of our exploring meant that we got hungry, a little foot-sore and we needed a break occasionally. When this happened, we indulged in a wonderful Swedish custom, "fika", which means stopping for a snack and a beverage (usually coffee). We loved making time for fika, and on the day we explored Gamla Stan we "fika-ed" in a 14th century cellar.  You can see our cups of tea, my cinnamon roll and Mr. D's peanut butter brownie. A delightful way to end an afternoon of exploration in Stockholm! 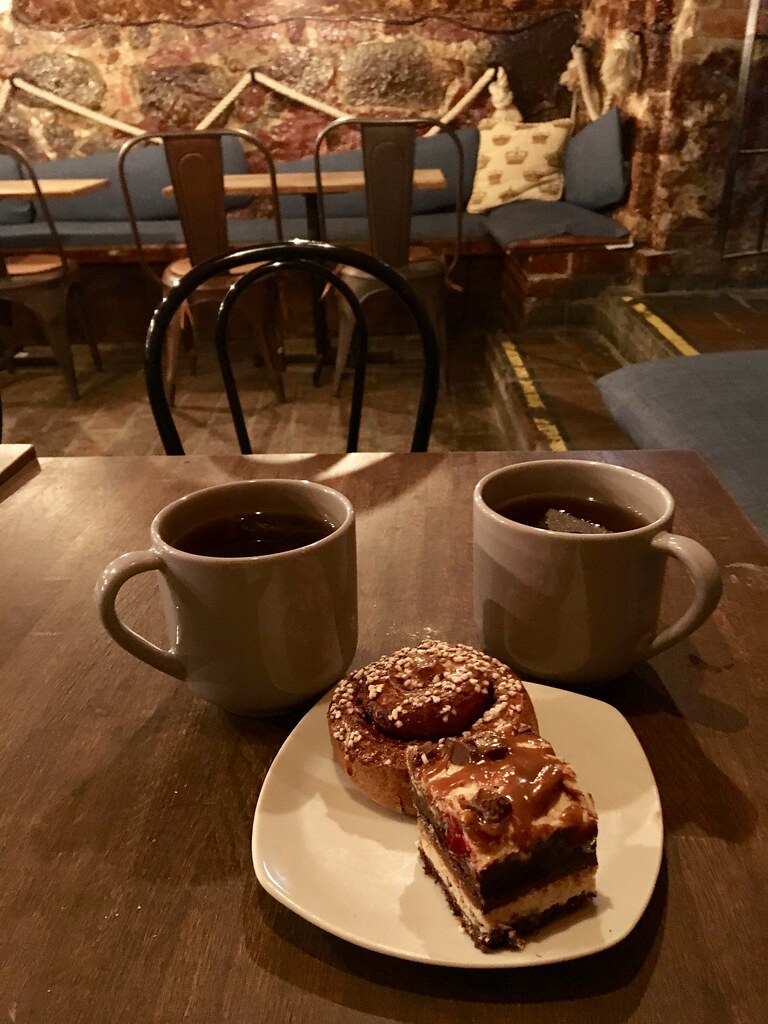