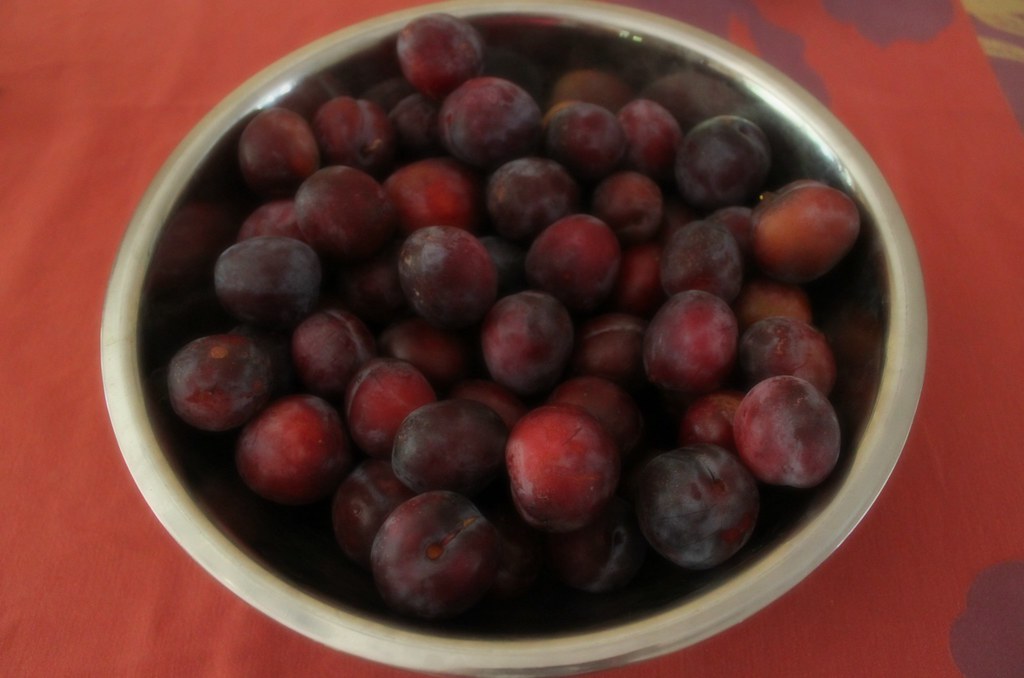 I couldn't just post one photo for August. There were many exciting events during the month, especially the eclipse—which was at 92 per cent of totality here in Seattle—but the most exciting event for me was learning to make Pflaumenmus, otherwise known as spiced plum butter. I came across the recipe last year, when I read Luisa Weis' delightful book, My Berlin Kitchen. The recipe is also included in her wonderful cookbook, Classic German Baking. I discovered the recipe too late last summer to make it, but this year, when the Italian plums on our tree were ripe, I was ready! You can see some of those delicious plums in the photo above. It is wonderful having a tree that produces fruit so prolifically, but there are always too many to eat ourselves and give away, so this gives us another way to use and enjoy them throughout the year.

I documented the Pflaumenmus process in photos:

Step one: pit and quarter the plums and put them in a large cast iron pan (we used our Dutch oven). 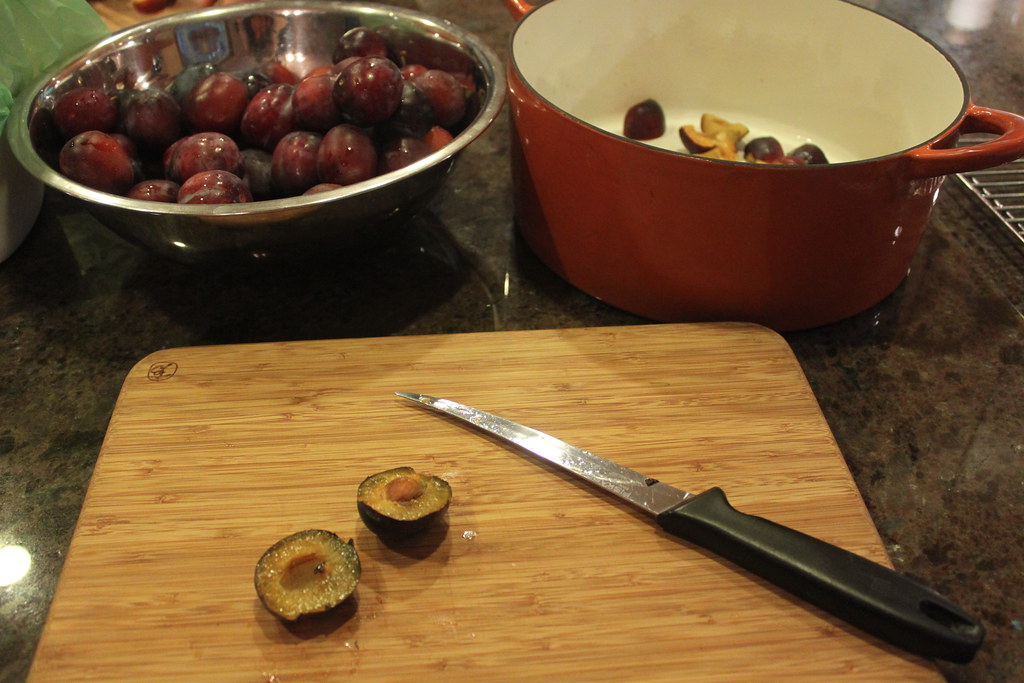 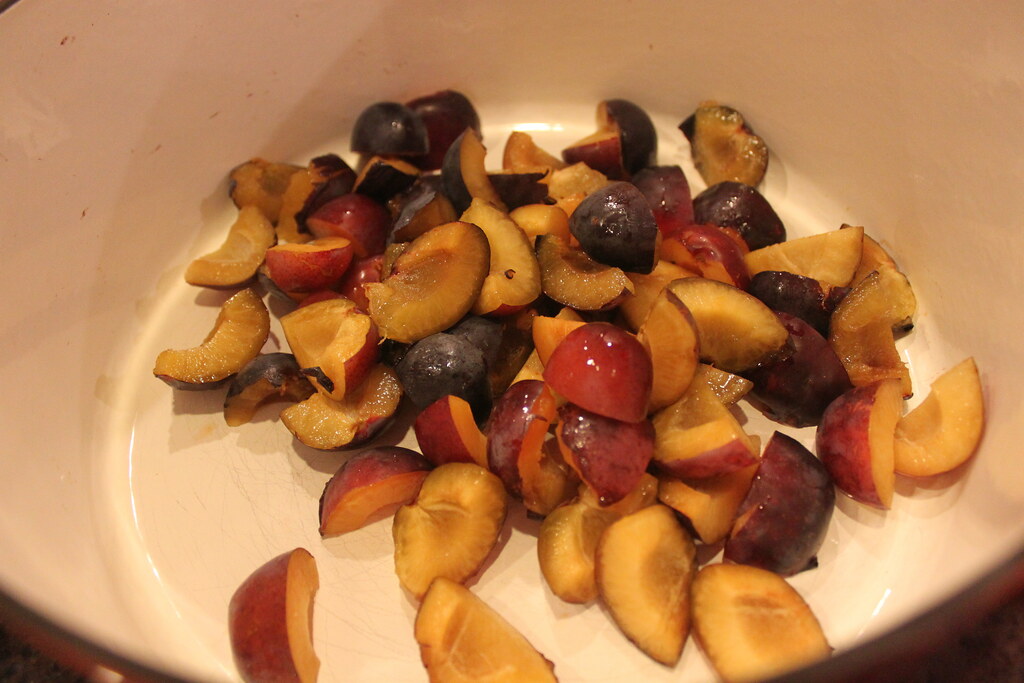 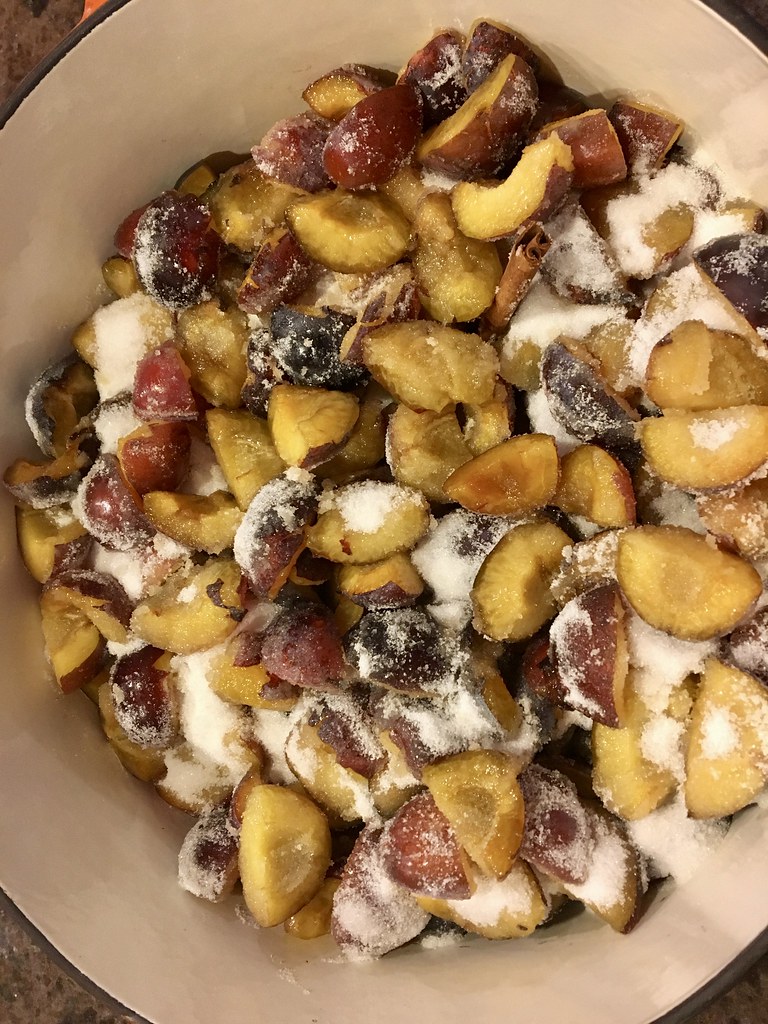 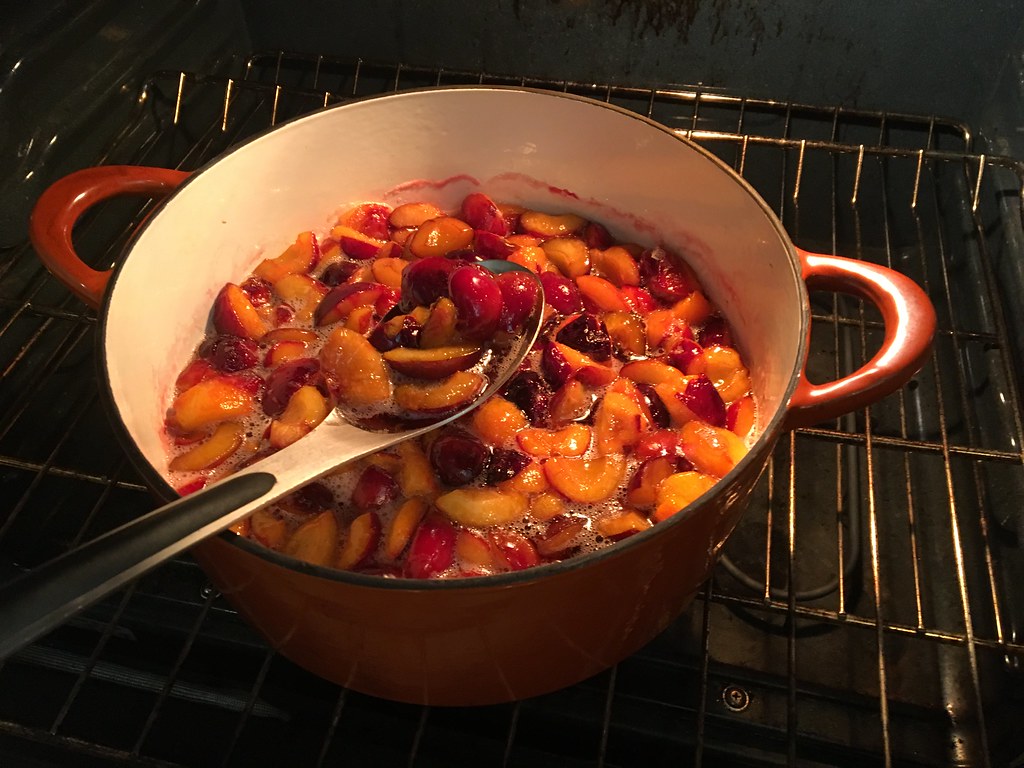 Step four:  once you take the pan out of the oven, remove the cinnamon stick and the cloves (if you can find them) and use an immersion blender to puree the plum mixture. This was probably the first time that we have used our immersion blender, which was a wedding present 14 years ago! 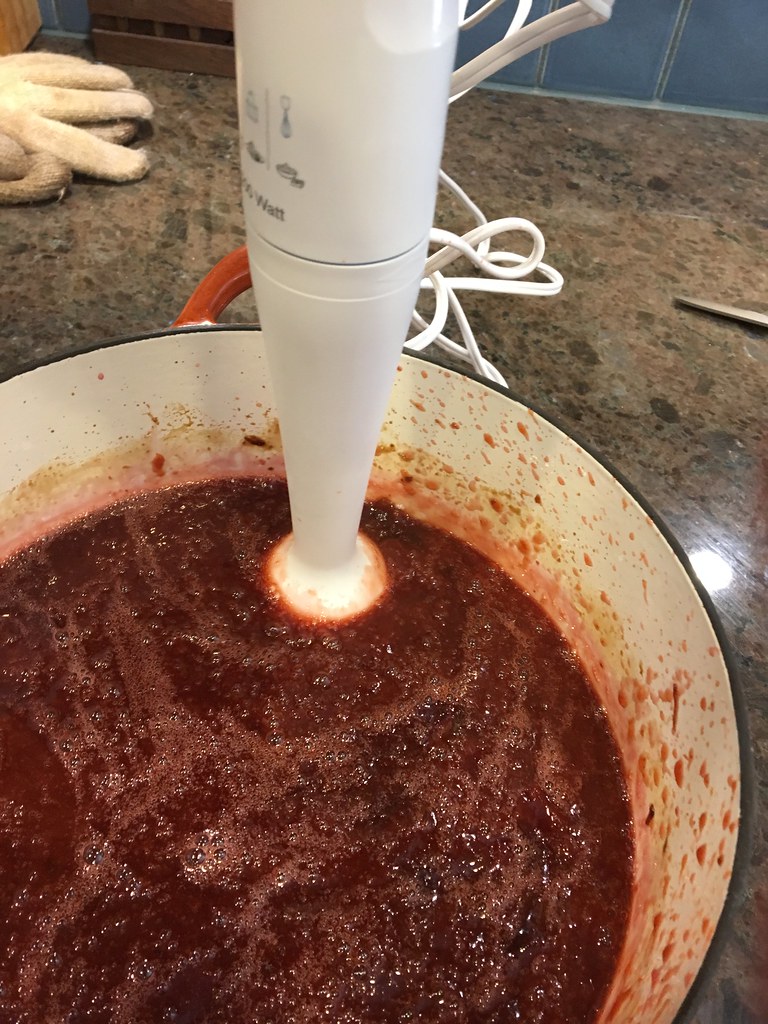 Step five: fill the jars to the top. 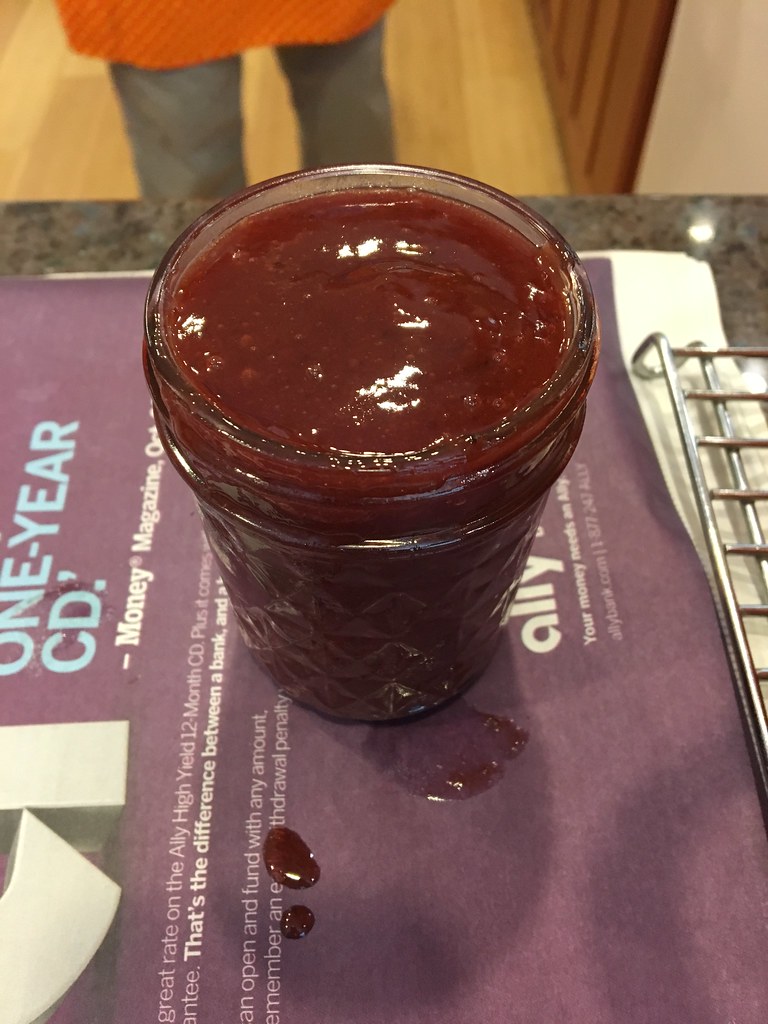 Step six: screw the lids onto the jars tightly, turn upside down and let cool. 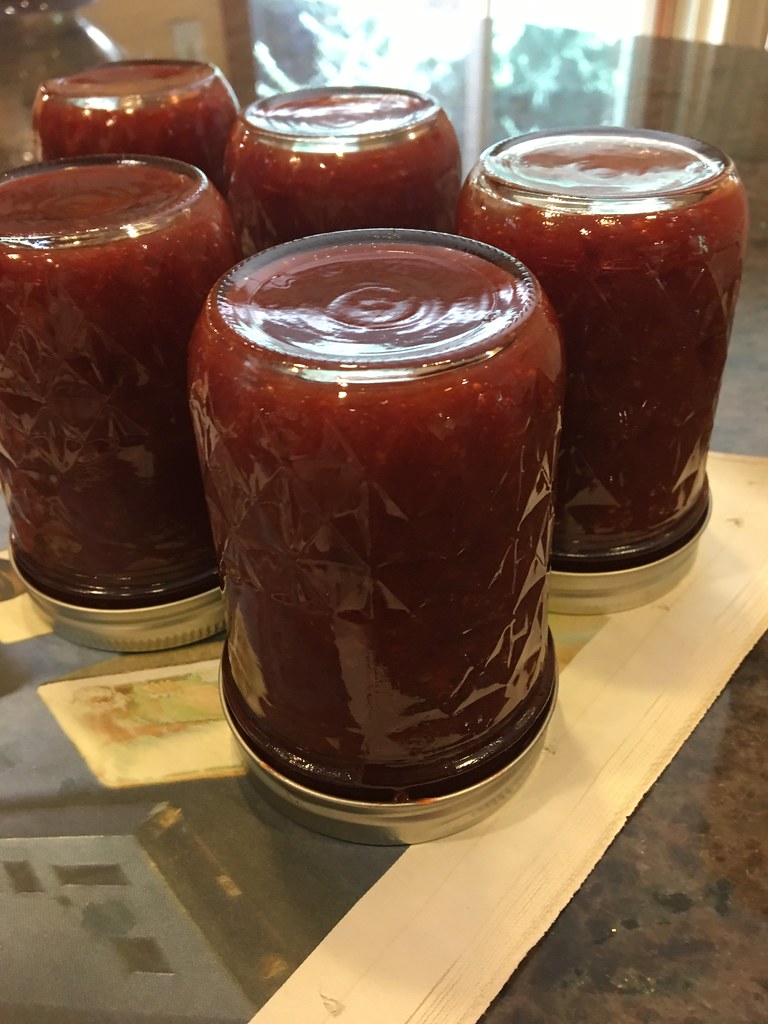 Step seven: when the mood strikes, open a jar and spread some plum butter on toast, add to yogurt, put on ice cream, or come up with your own tasty use for it. Here is what I did: 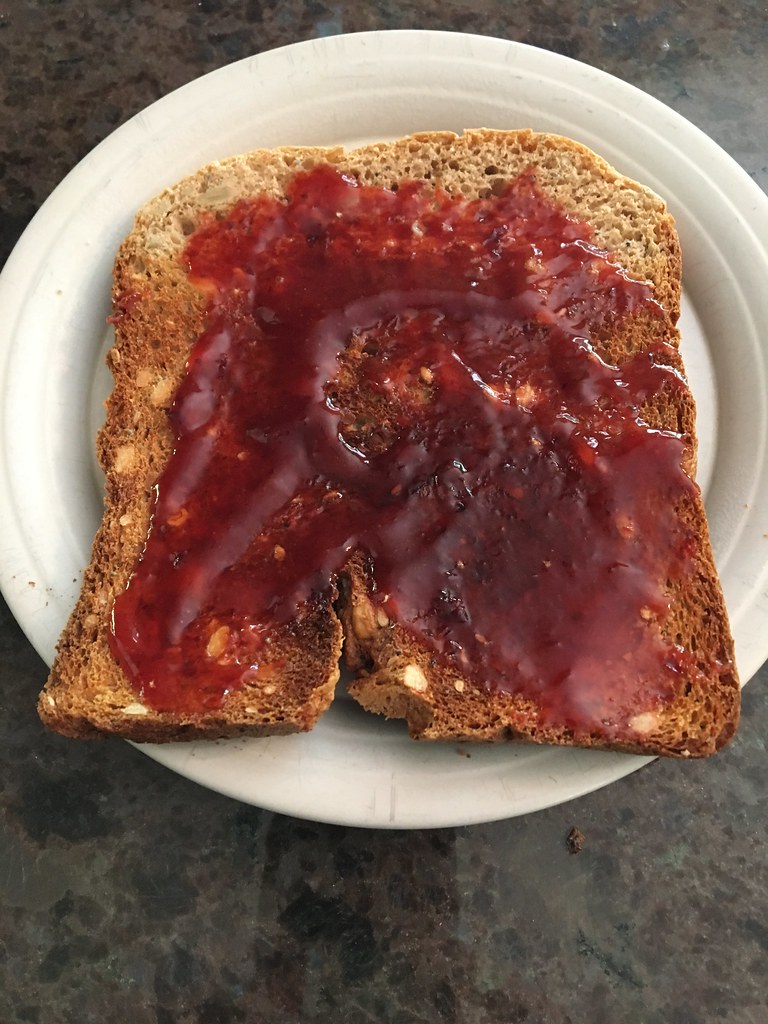