It's January, and in every other year since I started writing this blog I've written a January post with my knitting/photographic/hiking/you-name-it goals. This year is going to be different. I don't really feel like setting goals for myself this year. Instead, I'm going to just live, knit, and be active (both physically and politically), and I'll use the blog to report on some of my knitting, hiking and other activities as they occur.

First up: pink hats! I know that just about any knitter in the United States has heard about the Pussyhat Project and the effort to knit hats for marchers in the Women's March in Washington DC, and sister marches elsewhere. I knit two hats, one for me, and one for another marcher at the Seattle Women's March, which happened on January 21.

Here is the first one, in progress, on the way to the gym in early January. 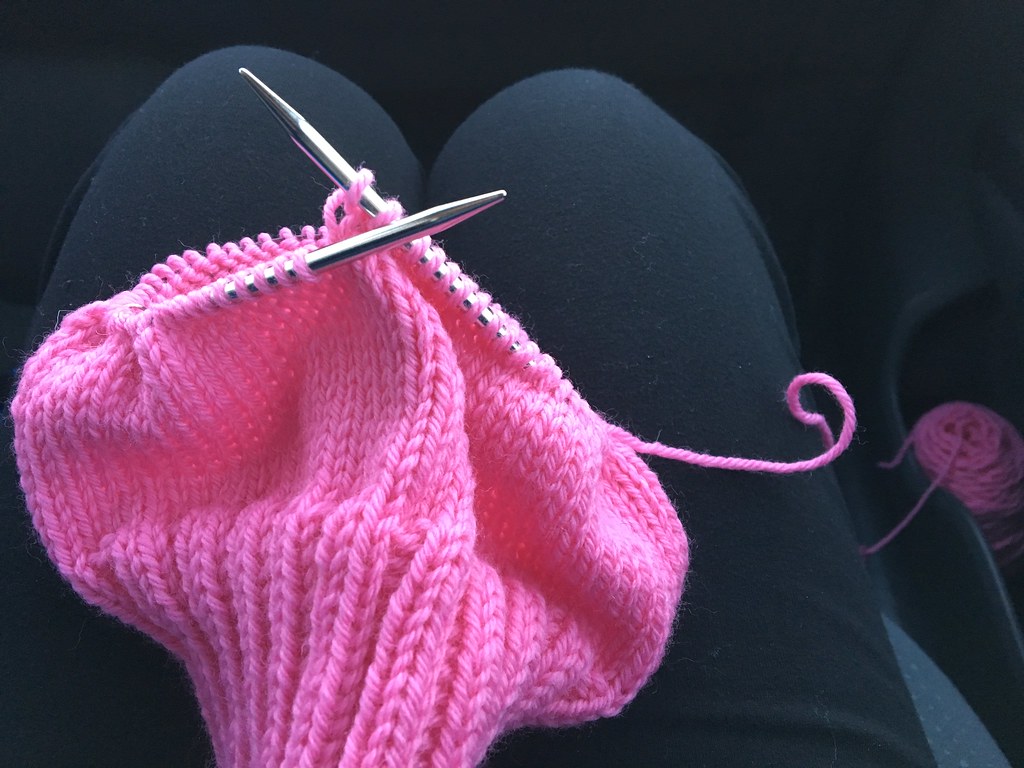 Here I am, wearing that same hat, at the conclusion of the Seattle March. I'm with two of my knitting friends, sisters Kate and Melissa. It was a great day! 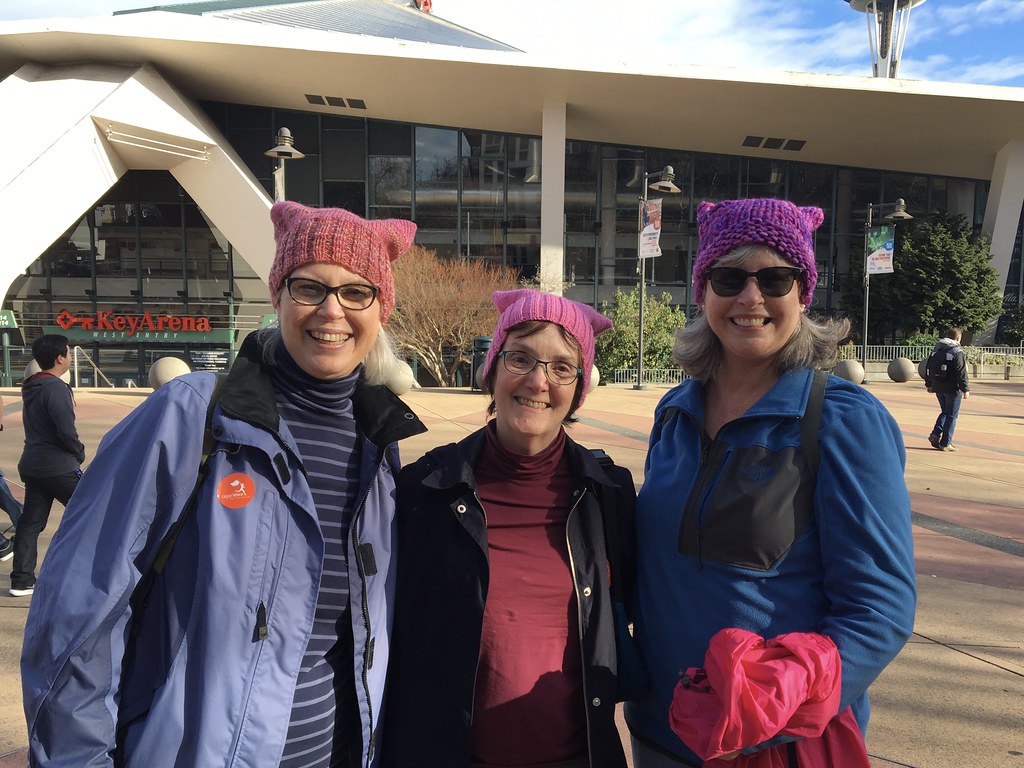 I have, for the most part, tried to avoid being too political in this blog, but given the events of the past week-and-a-half, those days are at an end. I will promise not to talk about political issues in every blog post, but I can't promise to avoid politics completely.

This does not mean that I won't continue to write about my knitting. I plan to post photos of my projects, both in progress and completed, but there may be more of an emphasis on my charity knitting this year. In times of political craziness, it helps me to knit and/or do something to help others. I'll keep you up to date with those actions throughout the year.

I have also committed to doing another Project 365 photo-a-day challenge this year. Am I crazy? Perhaps, because I swore I would never do another one after I completed my first Project 365 in 2013. I have managed to get through January, so I'm one-twelfth done. I won't promise to post a photo every week, like I did for part of 2013, but I'll try to pick a favorite photo each month and share it here. Watch for the January photo later this week.

Every year, I promise to try to post to this blog more often, and in the last couple years I have failed miserably. I'm not making any promises, but I am going to try to write shorter posts more frequently. I really love having a blog—I see it as a creative outlet—and I don't want it to fall by the wayside. I hope that those of you who stop by to read it occasionally will let me know if anything I say resonates with you. That will do a lot to keep me writing. Thank you in advance!