Weather from the Air

One of the best places to observe the weather is from an airplane. Last month, I was able to photograph some spectacular land- and cityscapes from the air, on a flight from Detroit to Seattle. Two of these photos show the effects of the winter weather, as well as the geographical features of the landscape. The third photo provides a peek through the clouds at the city of Seattle below. 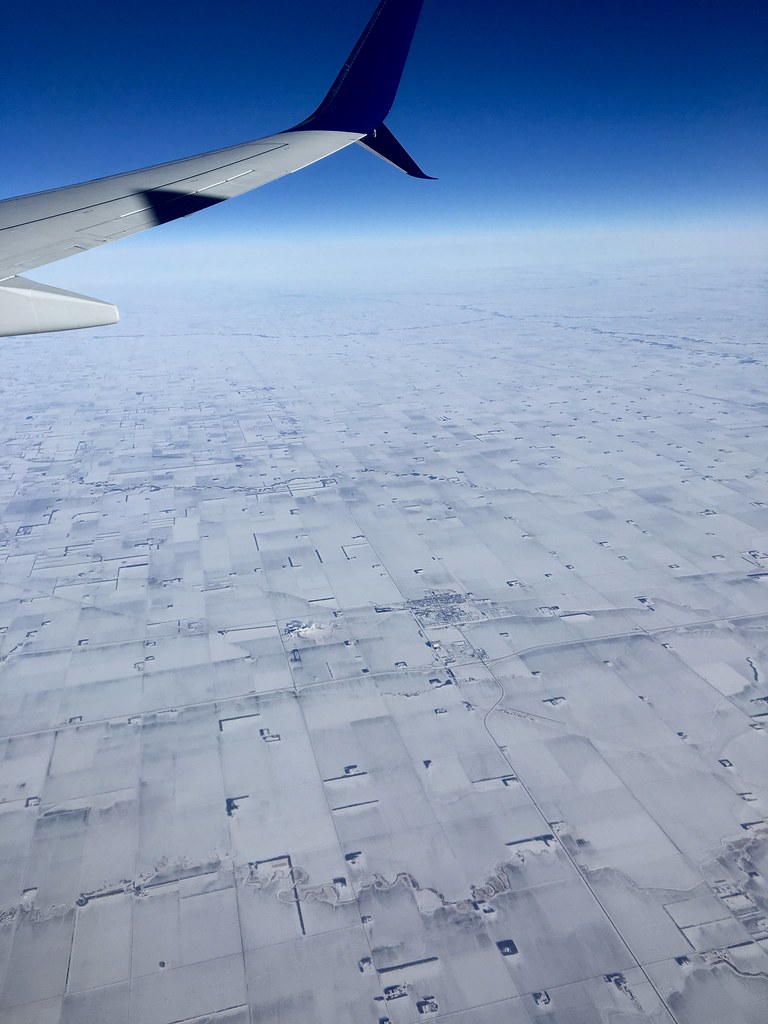 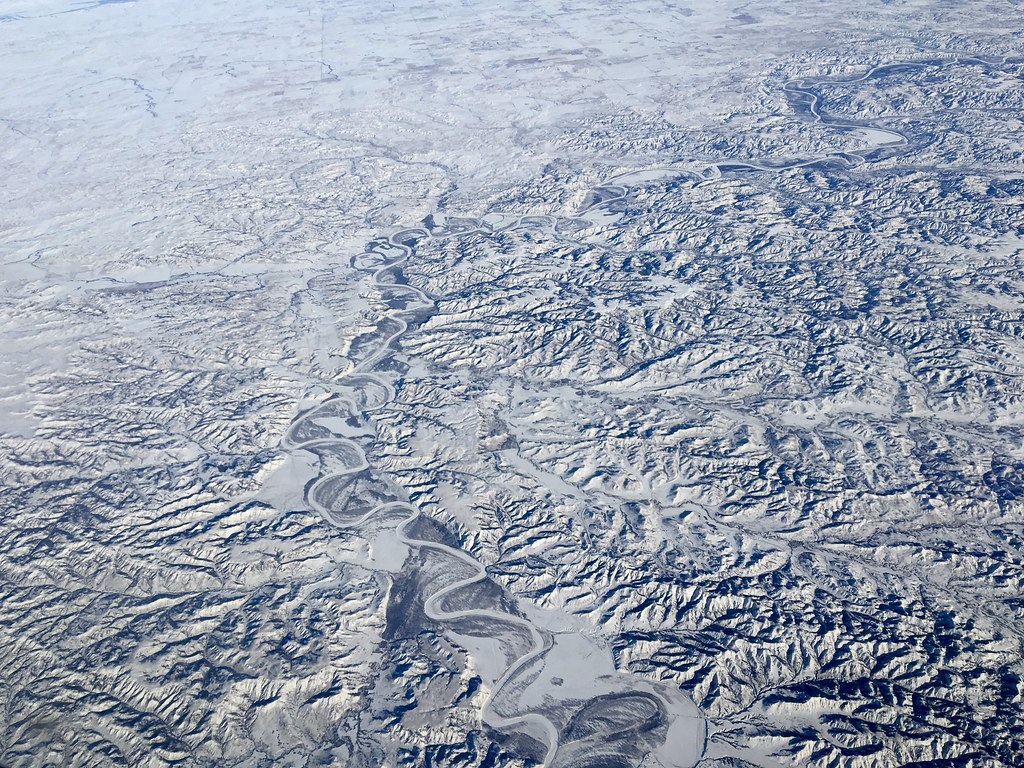 Relief Map: a river and the surrounding rough terrain, somewhere over Montana 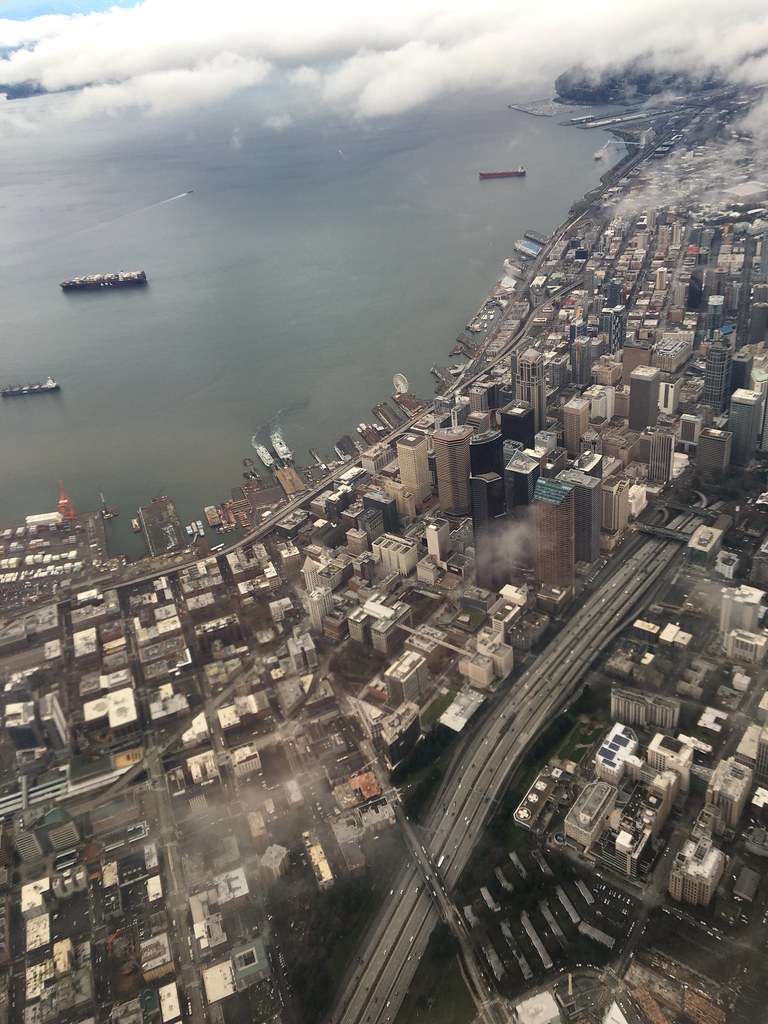 Beneath the Clouds: Downtown Seattle and Elliott Bay
Posted by Julie at 11:18 AM No comments:

February usually means Madrona and Stitches West, but this year, Stitches was the only event of the two that I attended. I always share my Stitches purchases on the blog, so here is what I bought in the market this year (clockwise from top left in the photo below): a project bag from Front Range bags, a ball of Valley Superwash from WEBS (for Mother Bear clothing), a sock blank from Leading Men Fiber Arts, two balls of Valley Yarns Greylock (one hundred per cent cashmere fingering weight yarn), a Mother Bear ornament (unfortunately backwards in the photo so you can't see its little heart-shaped button) and the book and accompanying Ravelry download, I Knit New York. 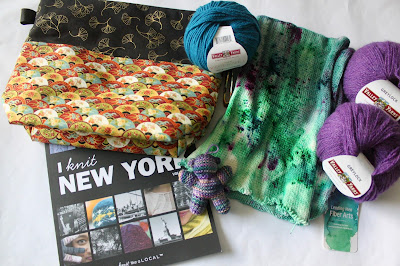 I can almost see your shocked face and hear you saying,"What? That's all?" Yes, that is really all. I guess I wasn't breathing in enough yarn fumes this year, although I've never really bought a huge amount of yarn any of the times I've gone to Stitches West. For comparison, here are some photos of purchases from previous years. This was my haul in 2017: 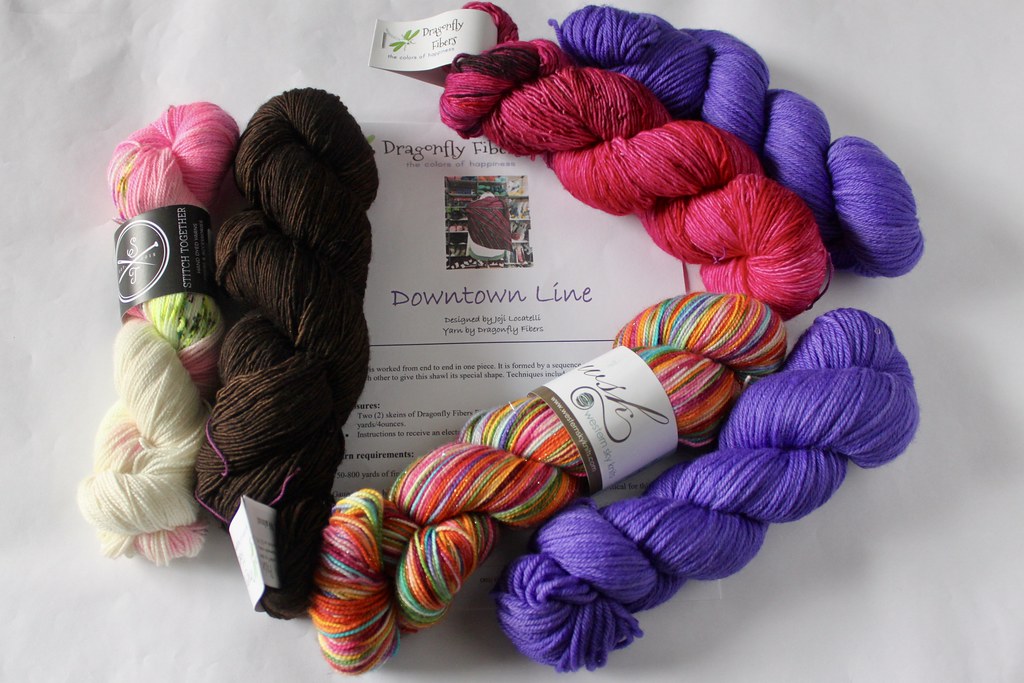 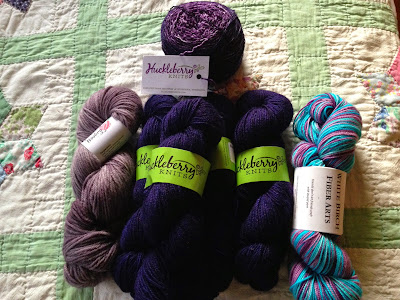 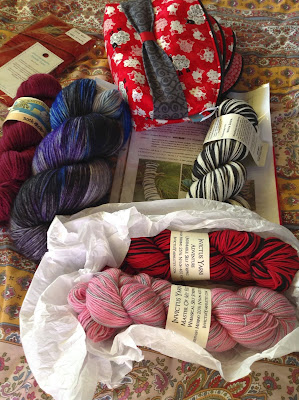 The embarrassing thing about all three of these photos is how few of the yarns I've actually knit. From 2014, I've knit two of the skeins shown and from 2015, I've knit one and gave one as a gift. The 2017 haul is the most embarrassing of all, because I have knit exactly none of those skeins. So my conclusion from this review of my purchases is that it is probably a very good thing I didn't buy much this year! I'm going to try to make a dent in these yarns over the next several months, so that maybe, just maybe, I won't have all of them hanging around in my stash when Stitches West rolls around again next year.
Posted by Julie at 2:07 PM 2 comments: