I promised in my last post that there were several other candidates for photo of the month from my California road trip, and two of those photos were taken while I was at the Northern California Knitting Retreat, which I attended again this year. You can view those two photos at the end of this post.

But first, I want to show you a little bit of the main activity at the retreat: lots and lots of knitting, going on all throughout the weekend. 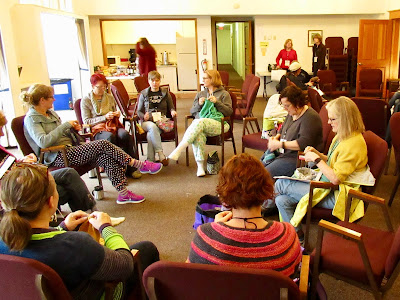 Knitting in the Fireside Room 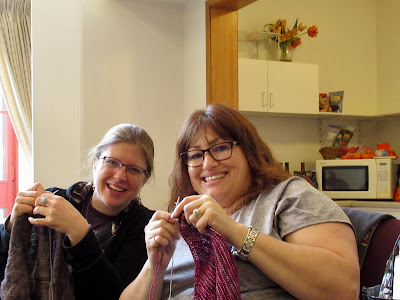 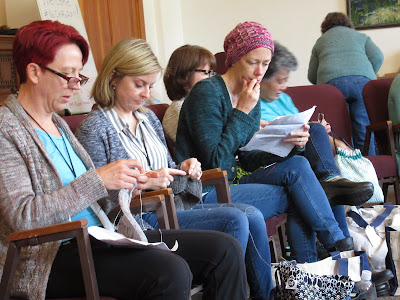 Some serious concentration going on 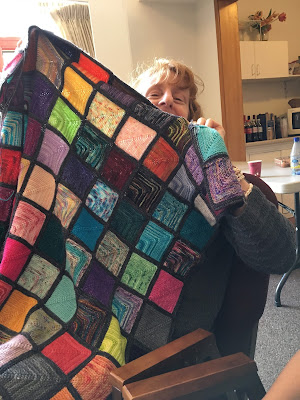 Gayle and her gorgeous (and growing) blanket 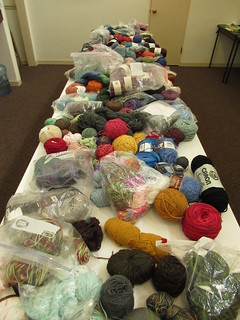 There was also some stash enhancement and stash reduction going on in the destash room. I contributed some yarn to this picture, but didn't bring anything home.

The peaceful setting is also a big part of of the retreat experience. Despite cold (for California) temperatures and some rain, I managed to get out for a walk every day. This is where the critters came into the story. Look at what I was lucky enough to see and photograph early one morning: 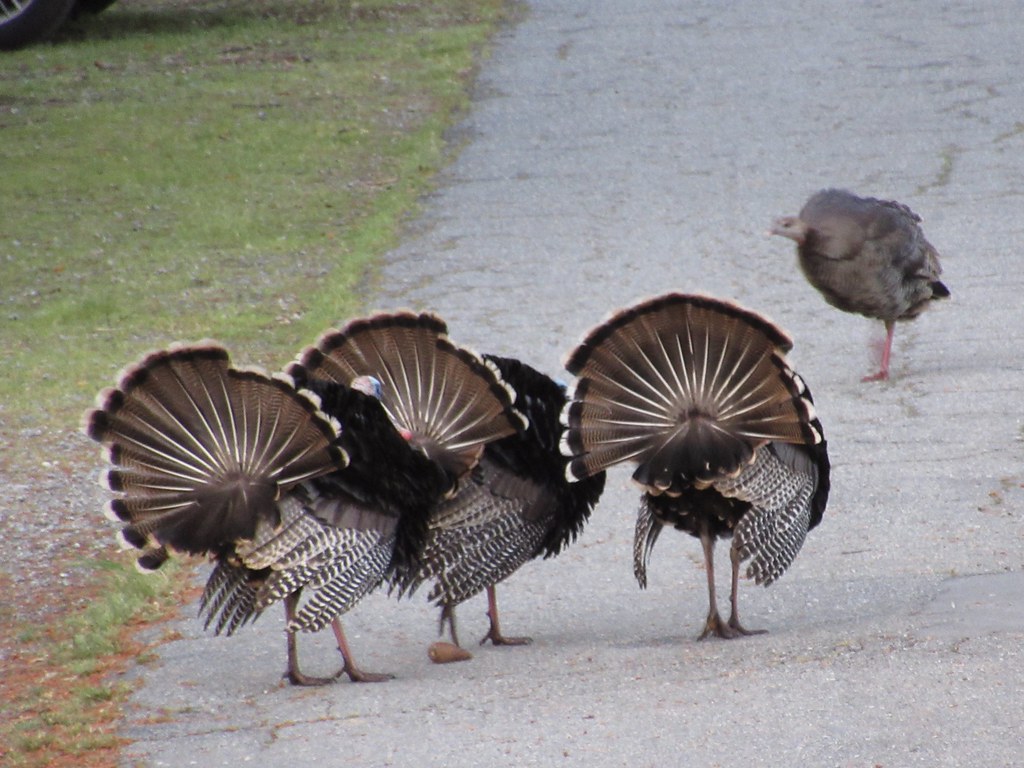 Yes, those really are three male wild turkeys displaying in front of one lucky female. I imagined her saying, "Hmmm, which one of these hot guys should I choose?"

The next morning I captured a moment of perfection: the sun peeking over the horizon, and another wild creature greeting the day. 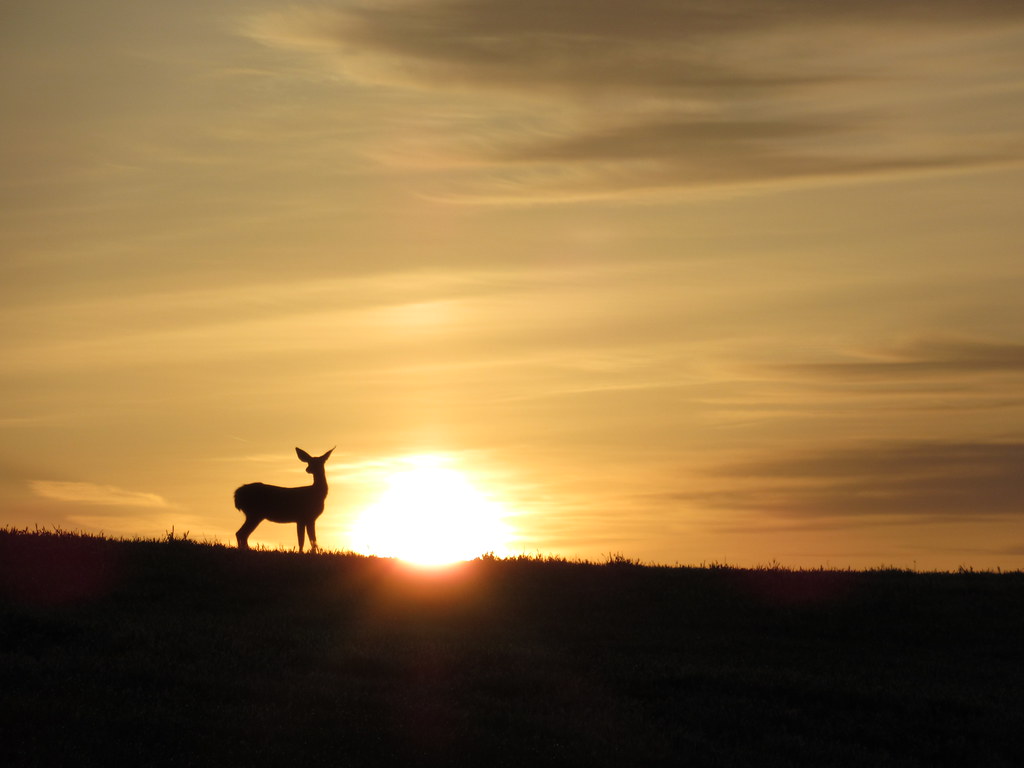 April Photo of the Month: The Peace of Evening

I spent more than half of April on a road trip to California, and, as a result, there were many candidates for Photo of the Month, just from the trip. I'll be sharing some of those photos in an upcoming blog post, but here is the photo that I finally decided to post as the April Photo of the Month.

That is Morro Rock—in Morro Bay, of course—with the afterglow of sunset behind it. Truly a peaceful scene! 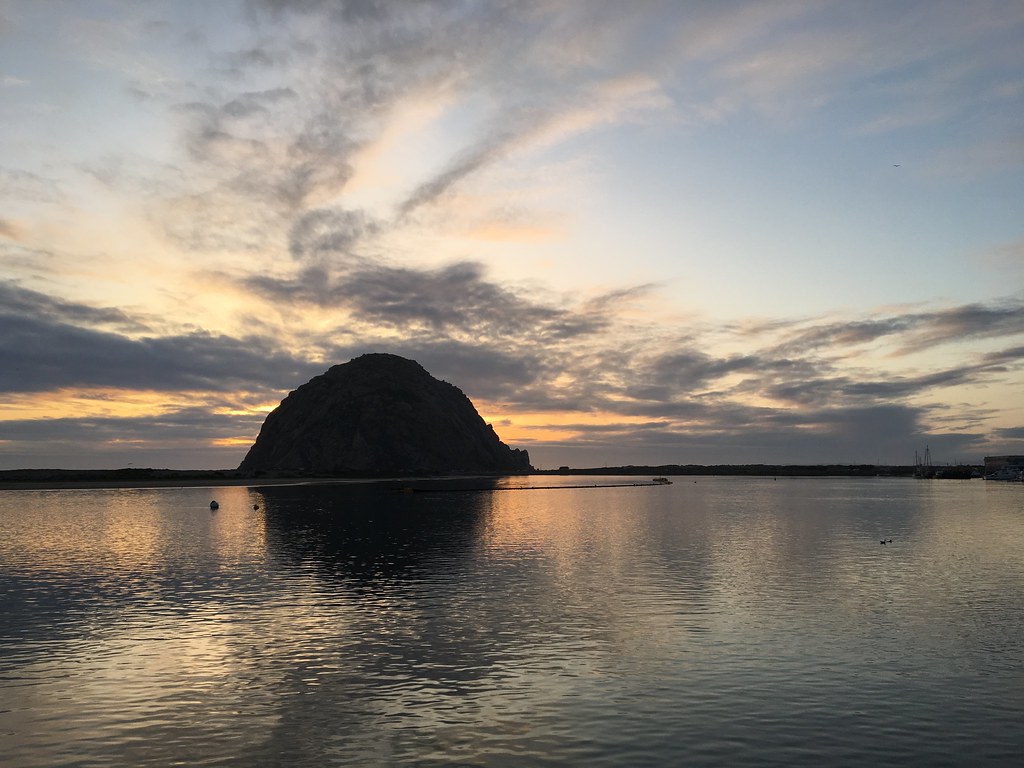