The calendar may still say spring for another day or two, but here in the Northwest, we have already entered summer. It has been sunny almost every day, and the temperatures have been in the 70s, and even, on a few days, in the 80s. This is extremely unusual for this area, and, because most of the snow in the mountains has gone, summer hikes in the higher elevations have begun.

I did manage to get a few spring hikes in before the weather warmed up, however, so today I'm going to share some photos from those hikes, before I turn the page over to summer. To start, here is a trillium, Washington's State Flower, blooming alongside the trail at the west end of Rattlesnake Mountain, which we hiked in early May. 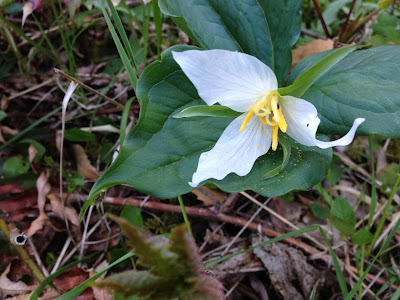 On a cloudy Saturday in late May, we tried a new-to-us trail at Cougar Mountain. Here is the sign at the trailhead. 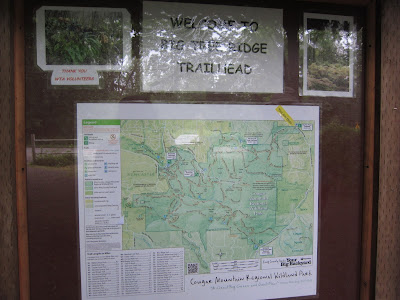 The trail was quite steep, and a great workout at the beginning, and then was relatively flat for a long stretch. As you can see, the trees and vegetation were a gorgeous spring green! 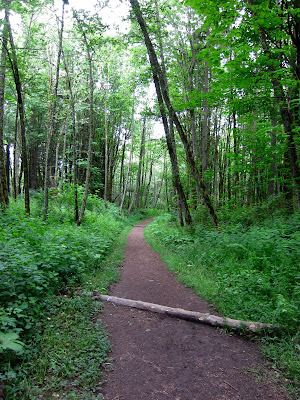 As advertised, there were some very big trees along the top of the ridge: 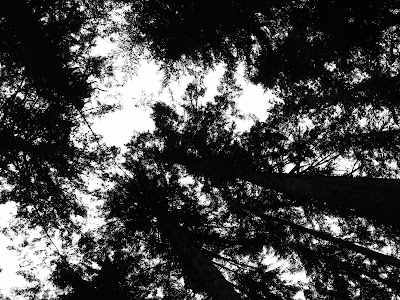 Our final spring hike served as a transition into summer hiking. It was June 4, Mr. D's birthday, and his choice for a birthday hike was Little Mount Si. In cooler years, we will do this hike on July 4th, but this year it was a whole month earlier!

We were very happy to see (and taste) that the salmonberries were perfectly ripe: 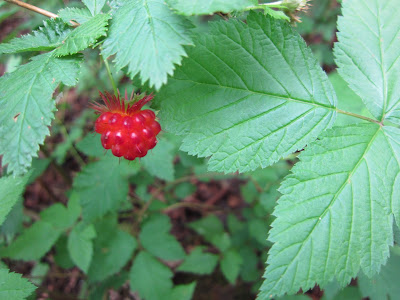 When we passed the Doug Hansen memorial bench, we noticed prayer flags above it, probably put there to remember those who died in the catastrophic Nepal earthquake. 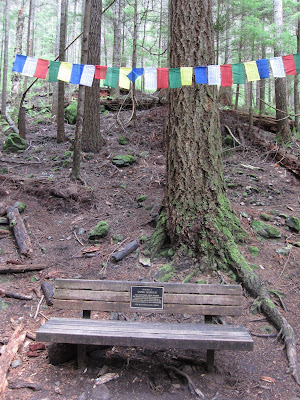 When we reached the top of the mountain, we enjoyed our lunch and the view. 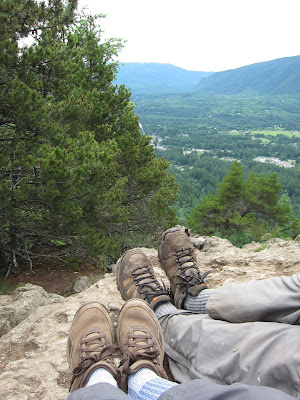 Now that we have hiked Little Si, it's official: the summer hiking season has begun! I'll be back soon to tell you about the first summer hike, which happened just a few days ago.

I just realized, as I was about to post this, that four years ago today I published my first post to this blog. I hope you have enjoyed my ramblings over the past four years, and I hope you will stick around for what's up in my knitting, hiking and photography life in the years to come.
Posted by Julie at 10:56 AM No comments:

A Long Line of WIPs: Part One

There is a lot of knitting going on at my house, but not much finishing, I'm afraid. The problem is that I have recently cast on a bunch of projects, so almost everything is at the beginning stages, or not yet even halfway done. Because there are so many new WIPs, I am going to split them up into two posts, and I'll just share a few of them here.

I am currently obsessed with my most recent cast-on, Spring and Summer Funderland (all links are to my Ravelry project pages), Wendy Gaal's Winter Funderland Stocking. Even though I don't knit colorwork projects very often, once I cast one on, I'm addicted! This pattern is particularly fun and addicting because the knitter can choose which of a number of pattern motifs to knit, and in what order to knit them. The yarn is Knitters Brewing Company Sock-aholic Brewski, which I purchased as a kit especially for the stocking.

Here is what I have finished so far: 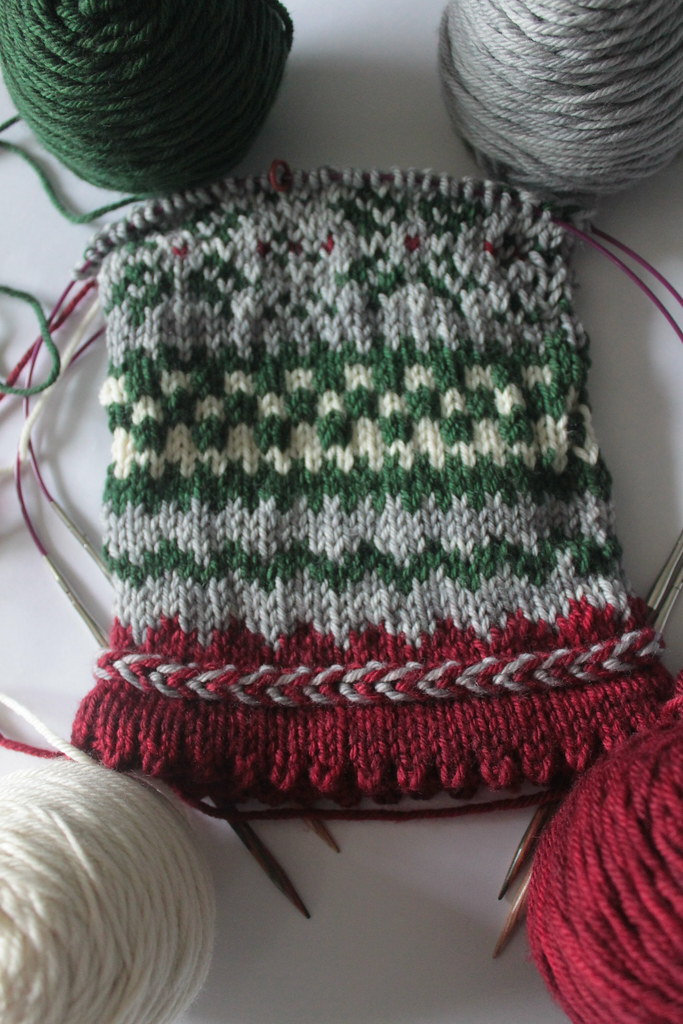 One of my older WIPs—though not the oldest—is An Easy Happy Birthday, Martina Behm's Easy scarf. Many thanks to my friend, Andi, who gave me the pattern back in March, for my birthday. I am knitting the scarf in a ball of Zauberball that has been in my stash since 2010, so I'm even working on one of my stash busting goals while knitting it. I'm now just past the halfway point of the pattern. This photo was taken a bit before that.

I cast on this next WIP a month ago, and I've been working steadily on it since then. It's my Deepest Pink Cardi, Hiroko Fukatsu's Hitofude cardigan. The photo below shows where I was about three weeks ago, with three repeats of chart A completed. There are now ten repeats done, with two more to go before the fateful moment when I undo the provisional cast-on and do a three needle bind-off for the sleeves. I am trembling at the thought, and I'll be very glad to be past that point and moving on to knitting the body.

There are, of course, other WIPs to talk about, but I'll save those for another post. I have actually finished two projects recently, both from the same yarn, Invictus Yarns Adventure, in the Undeniable colorway (which, by the way, I love). Here are The Red and the Black, a pair of socks for me. I used the Fish Lips Kiss Heel, which resulted in the cool geometric striping on the heel that you see in the photo.

After I finished those socks, I knit a baby hat, The Red and the Black, Hat Version. The hat is going to be included as part of a baby shower for the NICU at a local medical center that one of my knitting friends organizes with her work colleagues every year. It's always fun to photograph my baby hats on some of my favorite dolls and stuffed animals, but it's even more fun to think about this hat being on the head of a sweet little baby sometime in the future.

So that is all I have of WIPs and finishes for this post, but as there seems to be a never-ending supply of both, more will be coming soon.