Most people who don't live in Seattle think that winter here consists only of rain, rain and more rain. We do get a lot of rain during the winter, but in most winters much of that rain happens in late fall—November and December—and January is often cold, sometimes foggy, sometimes sunny, and yes, sometimes rainy. In most years, by the end of January we are seeing blooming crocuses and signs that daffodils and tulips will soon be popping up. By this point in February we usually see rhododendron buds swelling and some azaleas already in bloom.

This has not been an ordinary winter in Seattle. Yes, we got a lot of rain in late November and December. Yes, it was cold in January. But the big difference was that we also got snow, and not just the usual dusting or an inch or so that was gone in a day, but several inches of the stuff. And these snow events happened more than once, also an unusual phenomenon.

Because this winter is almost over, I want to document and share with you some of the scenes from my local winter season.

The first snowstorm arrived in mid-December. It briefly added some atmosphere to the holiday season. 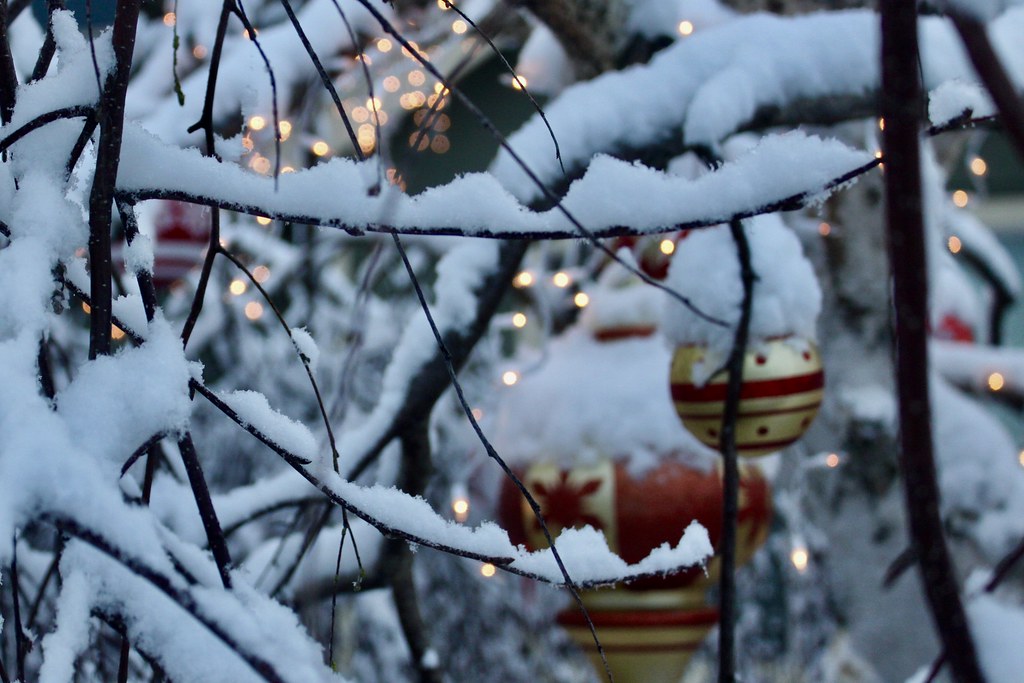 There wasn't any snow left for a white Christmas, but we had a dusting of snow on New Year's Eve. This is what my garden looked like on New Year's Day, and because temperatures were well below normal, that snow stayed around for almost all of the following week. 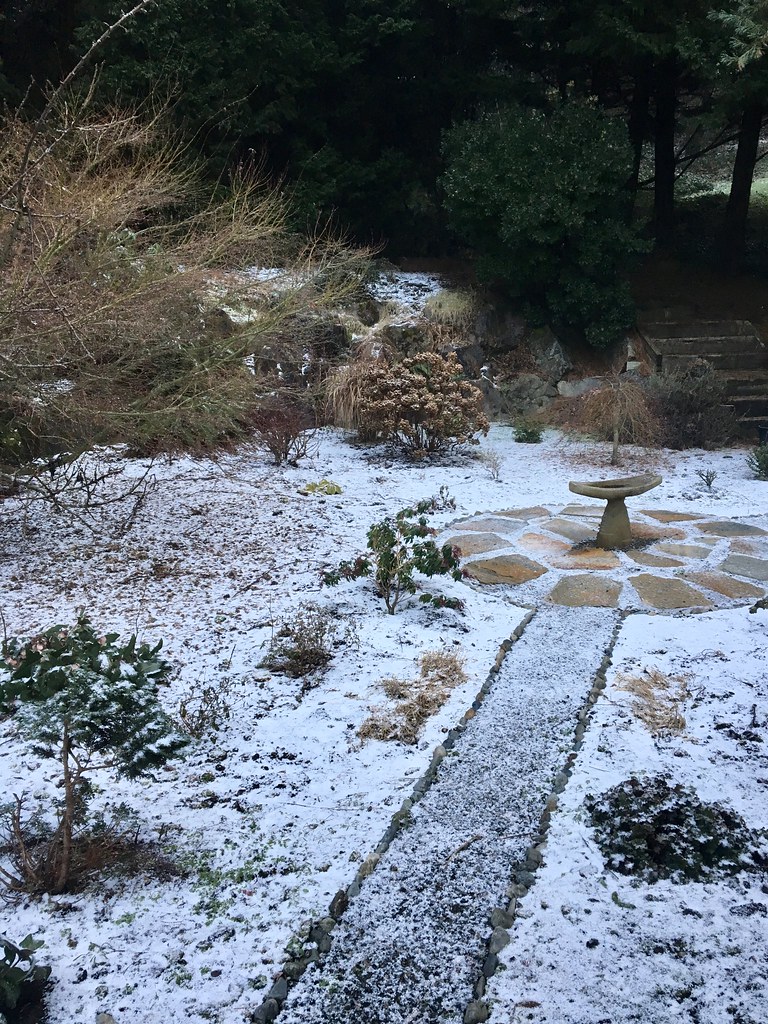 Those early-January temperatures created something else rarely seen: ice on the surface of Lake Washington. 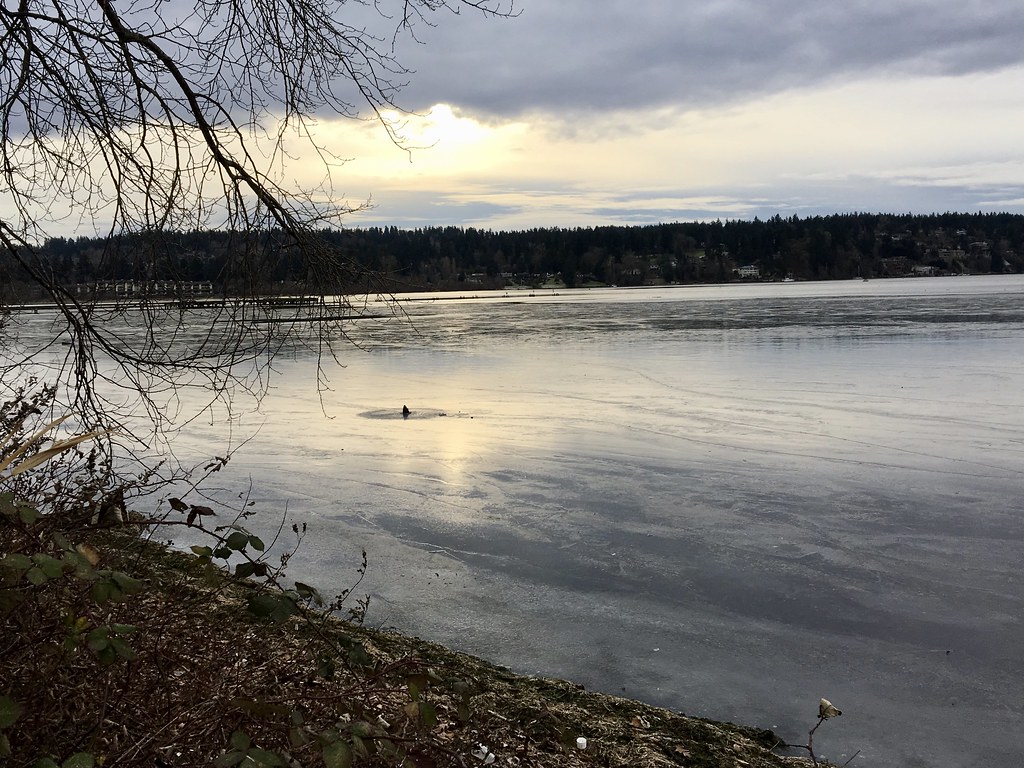 A lot more precipitation arrived in February, but guess what? Some of that precipitation came as snow. The first snowstorm arrived on February 6th, and dumped about three inches into my garden. 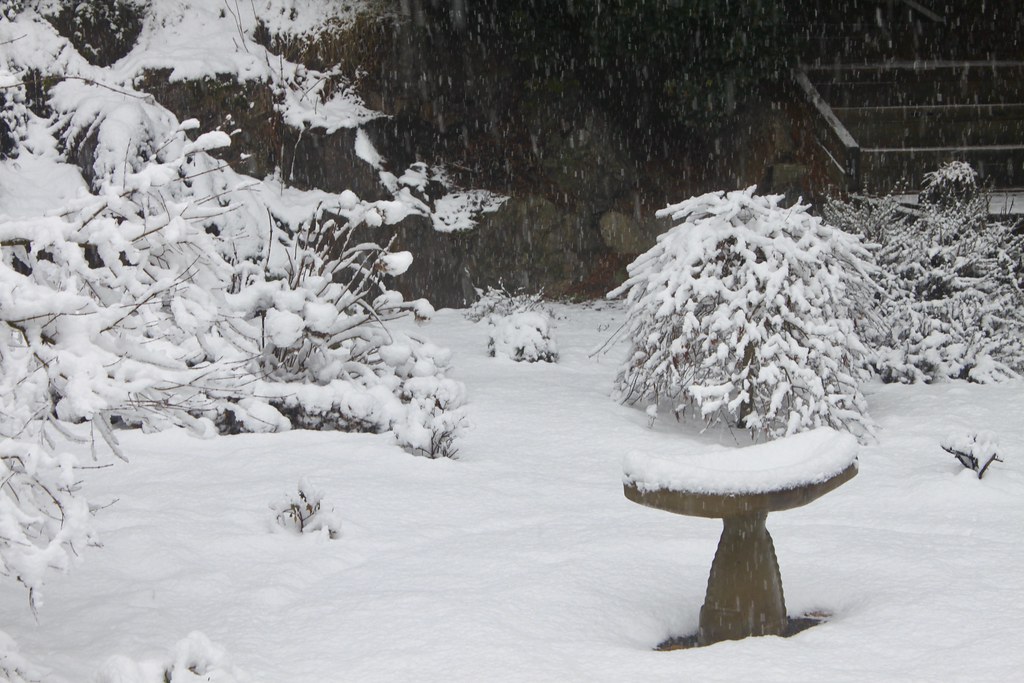 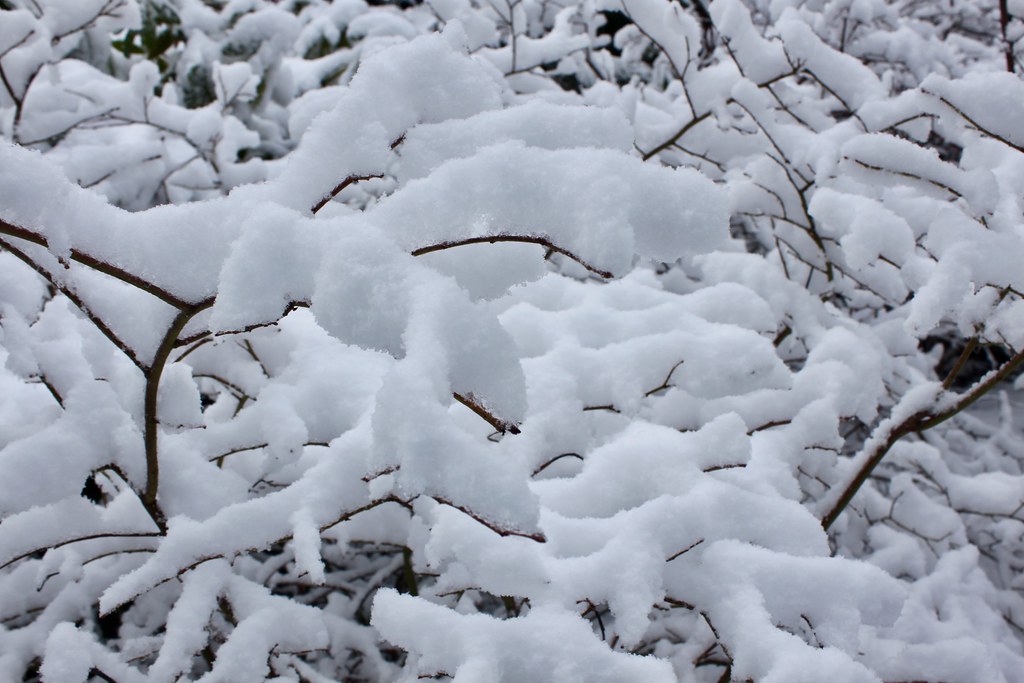 Another surprise snowstorm hit yesterday at dawn, and down came another two-plus inches of very heavy, wet snow. 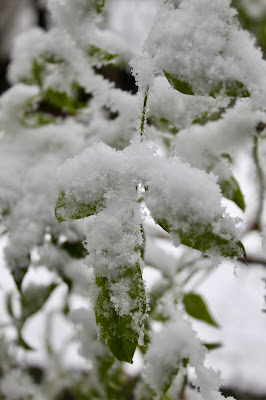 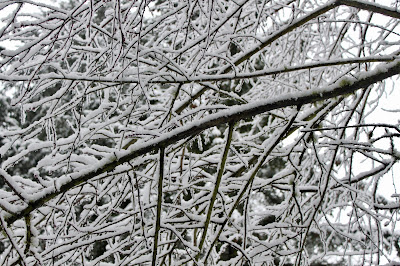 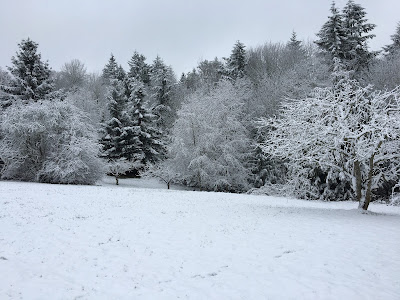 I actually love this type of winter, but I have had enough and want it to be over. And, by coincidence, it may be, because look what I spotted on my walk this morning: 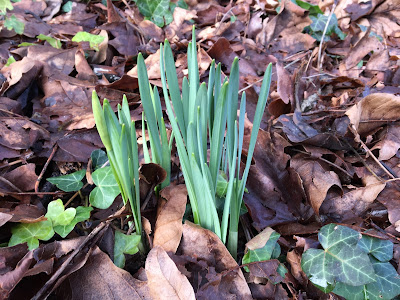 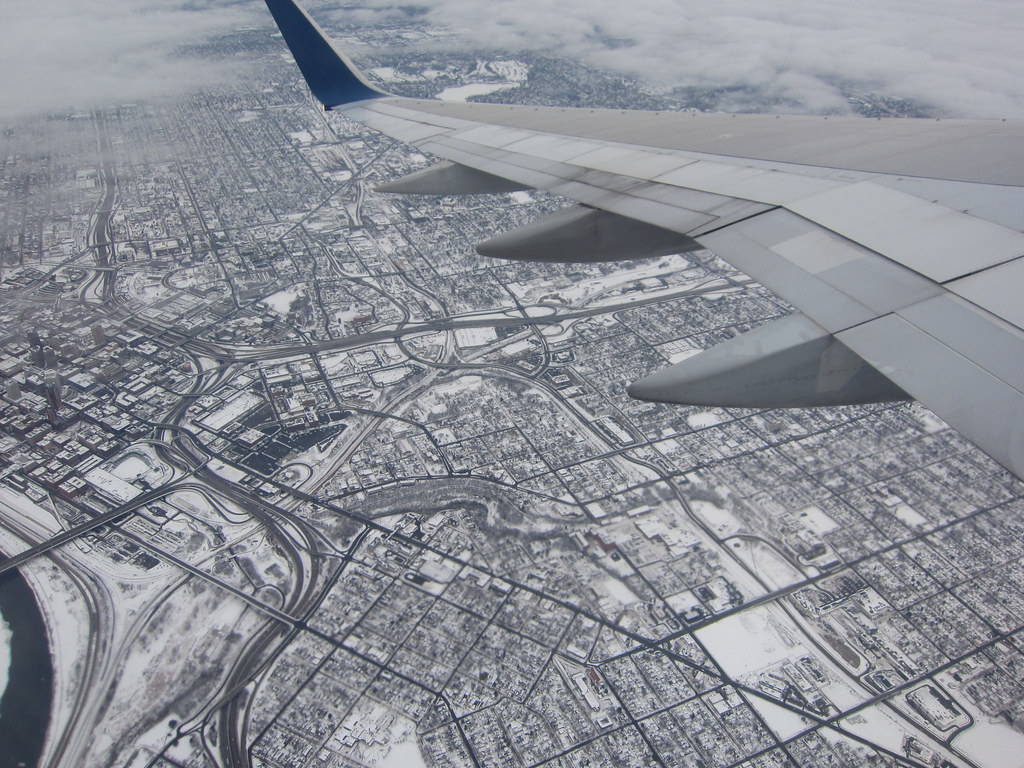 That's St. Paul down below, and it was my last glimpse of Minnesota before the plane moved up above the clouds and headed west toward Seattle. This is a totally lucky shot. No dirty airplane window, perfect positioning of the wing, and the amazing layout of streets and snow below. This came straight out of my point-and-shoot camera, with no editing needed.
Posted by Julie at 6:39 AM No comments: