It seems like much of the Midwest and East Coast has suffered through a lot of snow since the calendar turned over to spring. Here in Seattle, that has not been the case. With the exception of three warm and sunny days last week, it's been rain, rain, rain for almost the whole past month.

Despite the fact that rain is the most common form of springtime precipitation here, spring snow has been known to occur.

The most recent instance was this year, on March 23rd. The morning started out very cold, the sky was heavy with gray clouds, and for a couple of hours this happened: 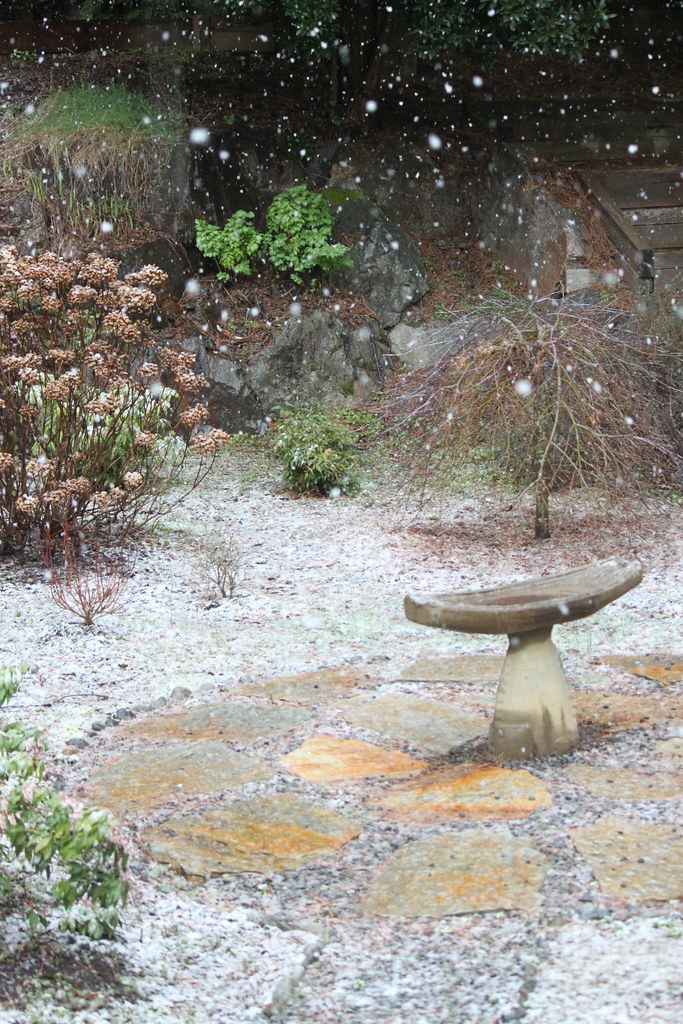 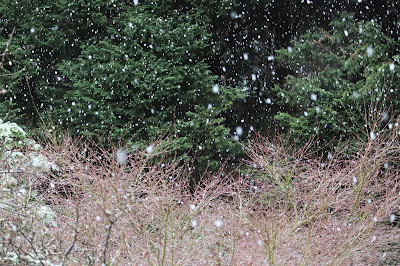 In 2013, a snow squall blew through on March 22nd, two days after the spring equinox. 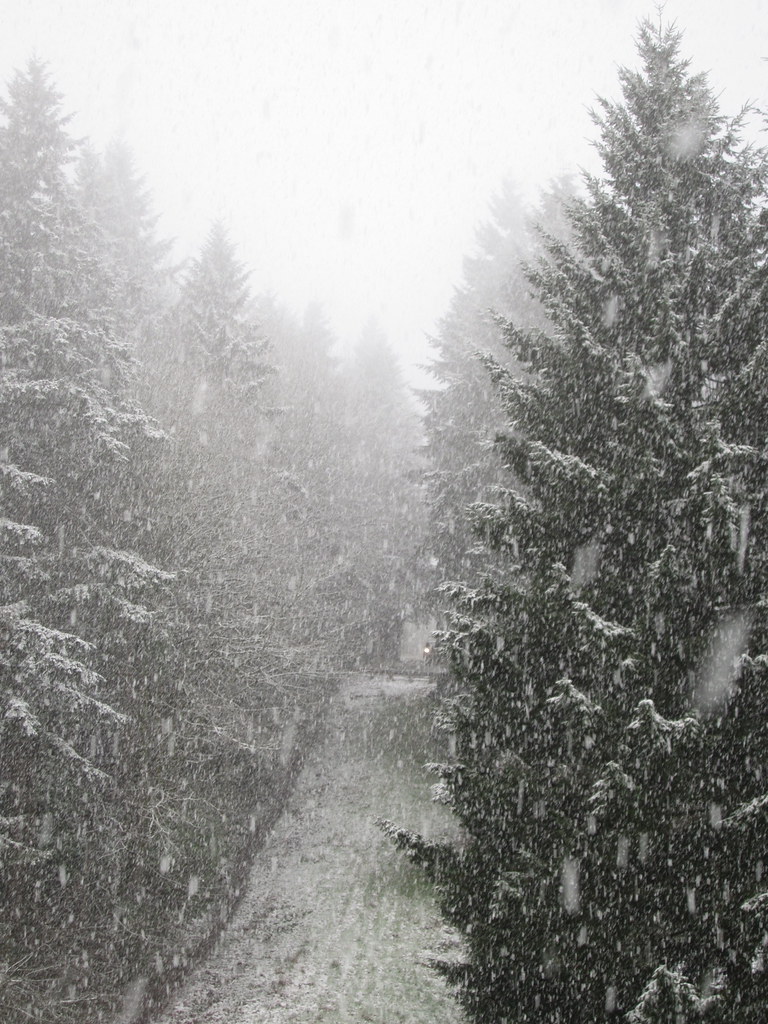 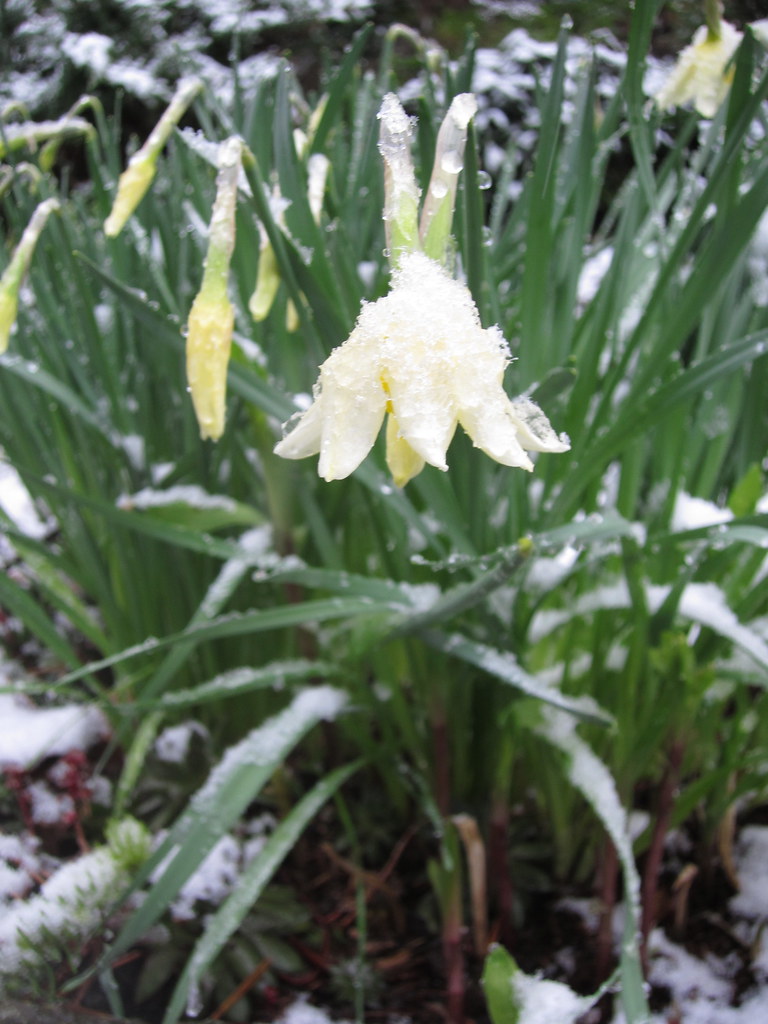 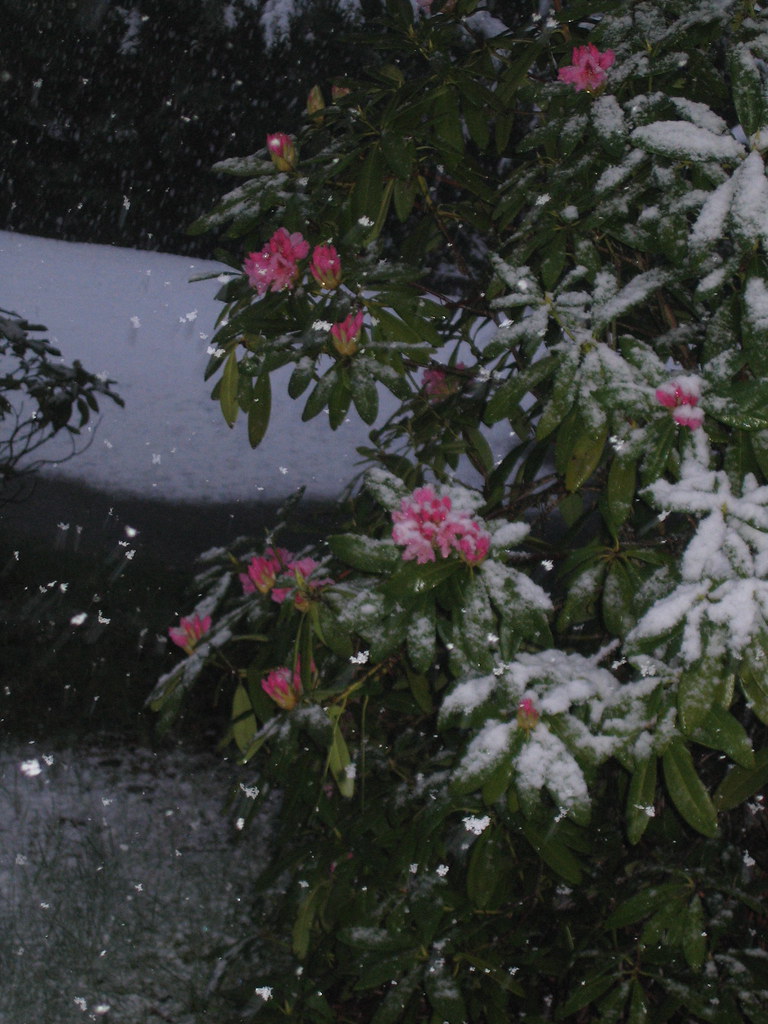 The storm struck at dusk, and the rhododendron outside my front door—and the street beyond—was covered in that cold, white stuff.

Fortunately, there are less than 24 hours left in the month of April, so I think we are safe from any more spring snow this year. At least, I hope so...
Posted by Julie at 12:00 PM No comments:

Adventure #2: Inside the First Brown Bag 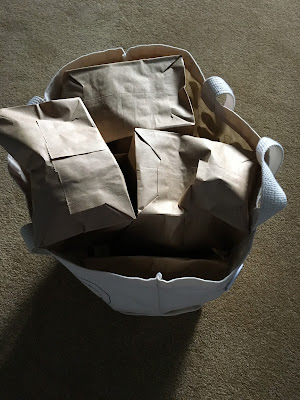 On April 4th, I reached in and chose a bag. 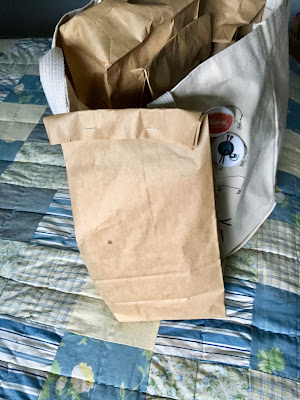 Inside the bag I found this: 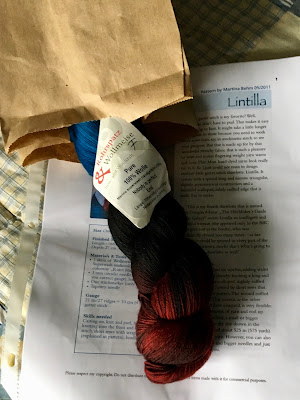 Two weeks later, while on vacation in California, I cast on.  Here is my progress to date: 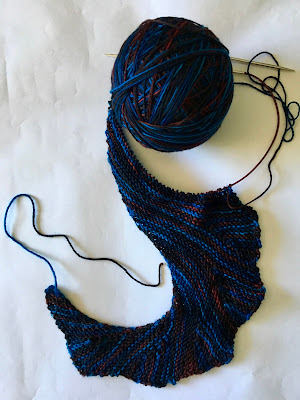 The yarn is Wollmeise Pure, and the pattern is Lintilla, designed by Martina Behm. I am hoping to work on this a bit each day, and I'm targeting finishing around June 1st.