Here I am, writing a second post in November, but only by the skin of my teeth. I haven't had two posts in a month since July, and it's also been that long since I've had an all-knitting post. As a result, I'm here to rectify that situation with an update on what I've been knitting and finishing lately.

So first, here is what's on the needles:

I'm calling these my Growing Boy Socks (all links are to my Ravelry project pages). These are socks for my nephew Olin, now almost 11 years old. You may remember that I knit these socks for him four years ago, and he outgrew them a year or so after that. It is definitely time to knit him another pair. The photo above was taken about a week ago, and I'm now past the heels on both socks, so they should be done in a few days. I'm using Charlene Schurch's garter rib pattern.

I'm also back to working on another pair of socks that have been languishing since the summer. These  are for me, and I'm calling them my Summer Market Socks, which was the theme of the knit along in the Blue Peninsula Ravelry group, now long since finished. I am past the heel on both socks, so once the socks for Olin are finished, these will get finished, as well.

Have you been participating in the Indie Design Giftalong? I decided to dip my toe in this year and knit another Blue Peninsula pattern, the Sweetdrop Cowl. I'm calling my project Sweet Little Drops of Green, because I am loving the madelinetosh DK Forestry colorway. Can you believe that the yarn has been languishing in my stash since 2010? I have two more skeins, which will become a hat and mitts in the near future.

I have some other projects on the needles, too, but I'll save those for another post. I want to end this one with one of my favorite finished objects ever, which taught me a lot—especially about provisional cast-ons and trusting the pattern—and took forever to finish. I'm talking about my Deepest Pink Cardi, which was off the needles and blocked in time to wear to the market at a local knitting event, Knit Fit,  two weeks ago. I wanted to show it to Wendee, the owner of Hazel Knits, because I purchased the yarn from her at last year's Knit Fit. She suggested that I get a photo with Dave, who dyed the yarn, and he was happy to oblige.

While I love this photo, it doesn't really show the gorgeous deep pink/purple colorway very well, so here is another photo. Please ignore that I didn't put the cardigan on completely straight. It was really cold when we had the photoshoot, and we were in a hurry to get back into the warm house!

Well, that is it for knitting in November, but there will be more coming up soon in December!
Posted by Julie at 9:50 AM 2 comments:

The Wonders of a Geothermal World

When I wrote the last blog post, I said I would be back in early November, and here it is, almost late November. But I'm looking on the bright side, it's still November!

The written part of this post is short and sweet. I want to share some of the amazing sights that Mr. D and I experienced in our three days in Yellowstone National Park. Enjoy the photo tour! 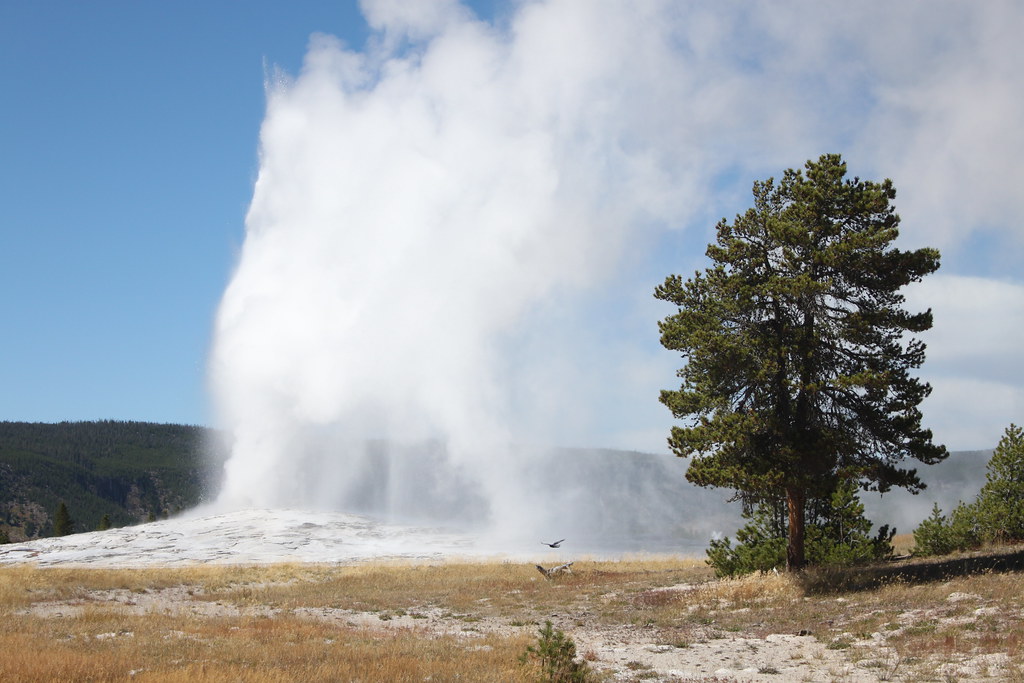 Of course, we had to see Old Faithful! I was amazed that that bird would get so close. 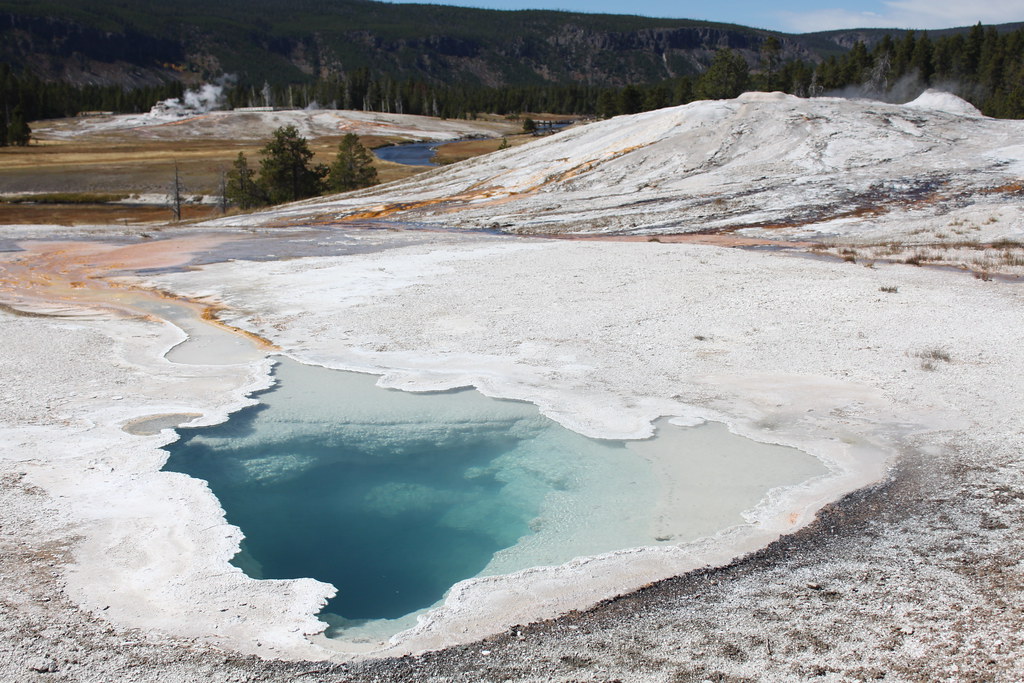 The mysterious blue depths of a geothermal pool. 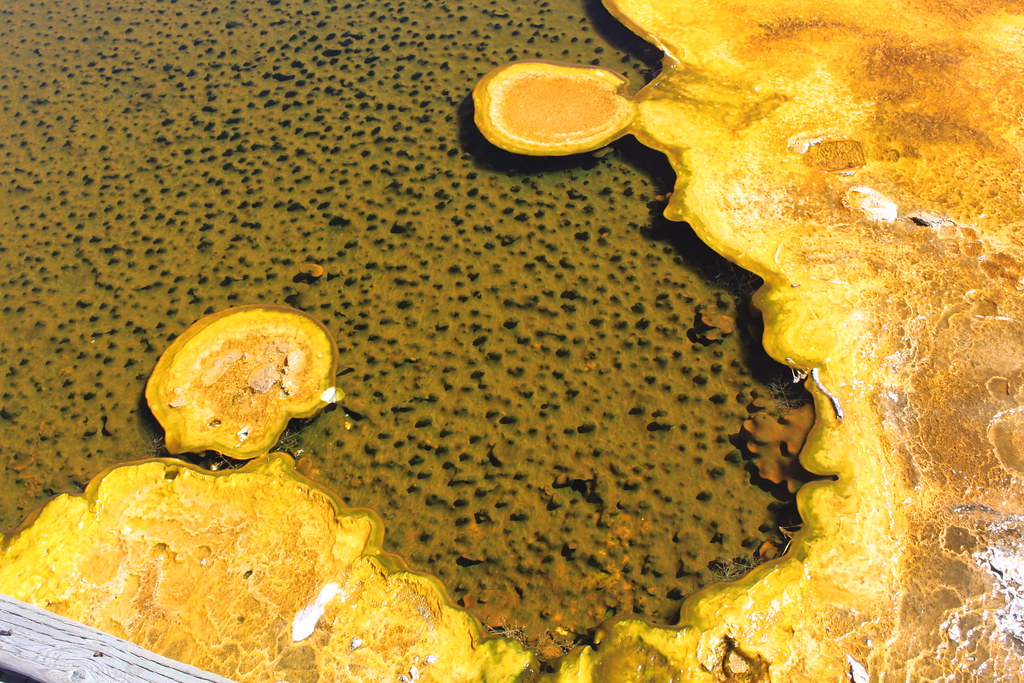 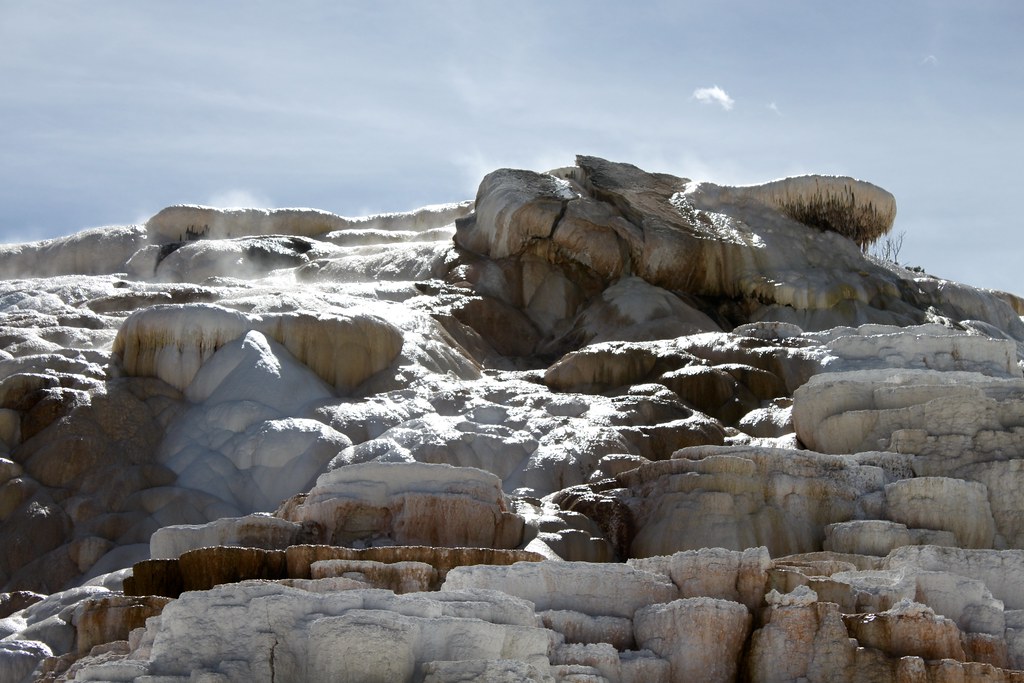 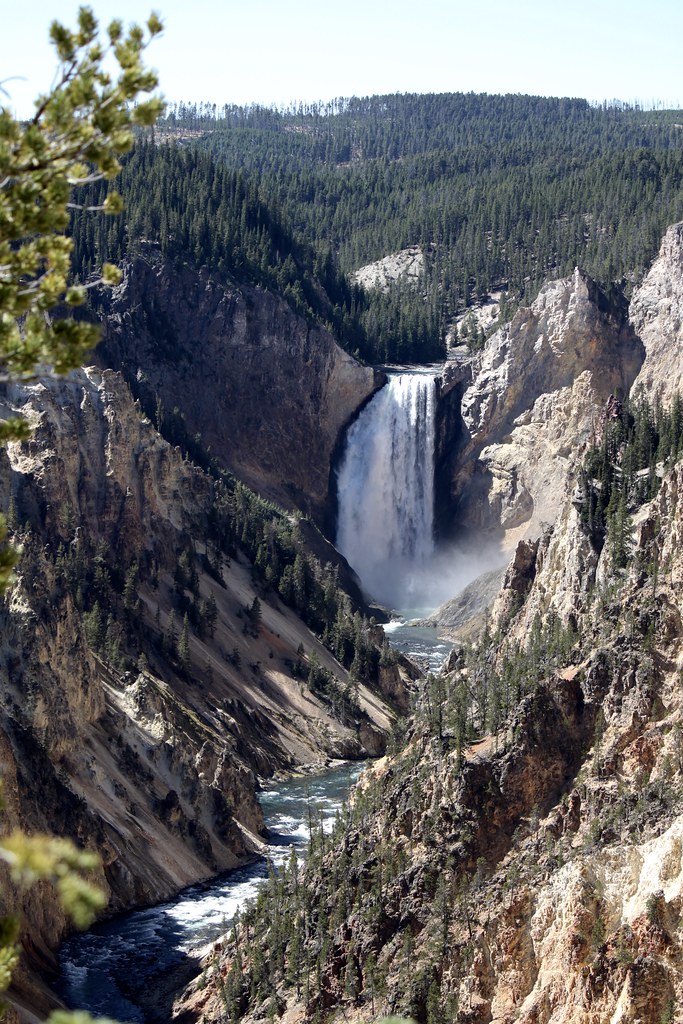 The Lower Falls in the Grand Canyon of the Yellowstone 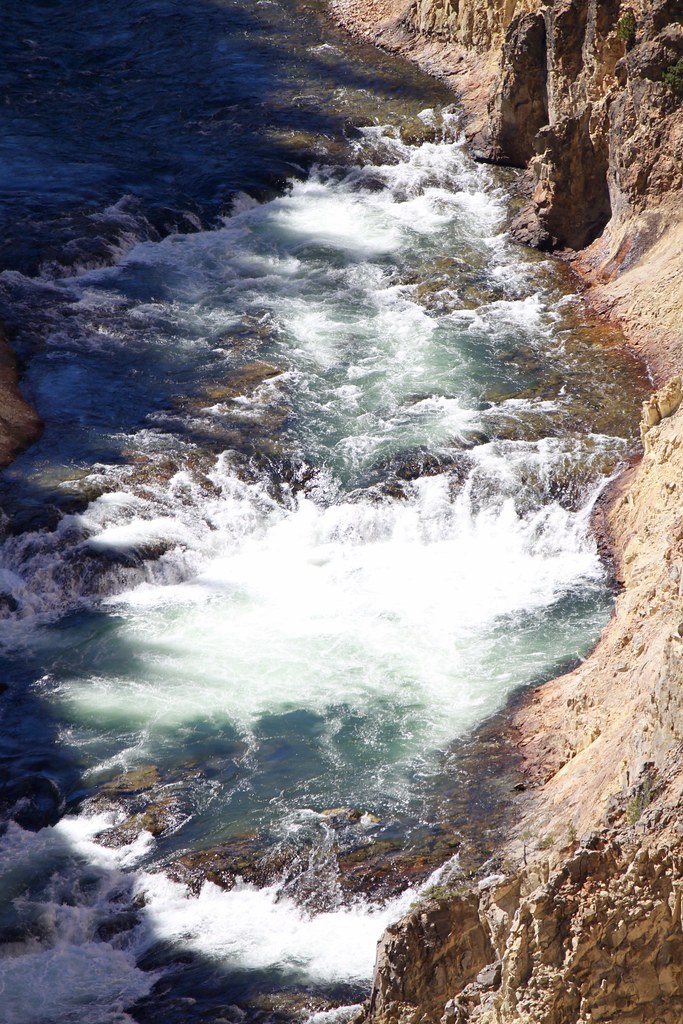 Water and stone in the Grand Canyon of the Yellowstone 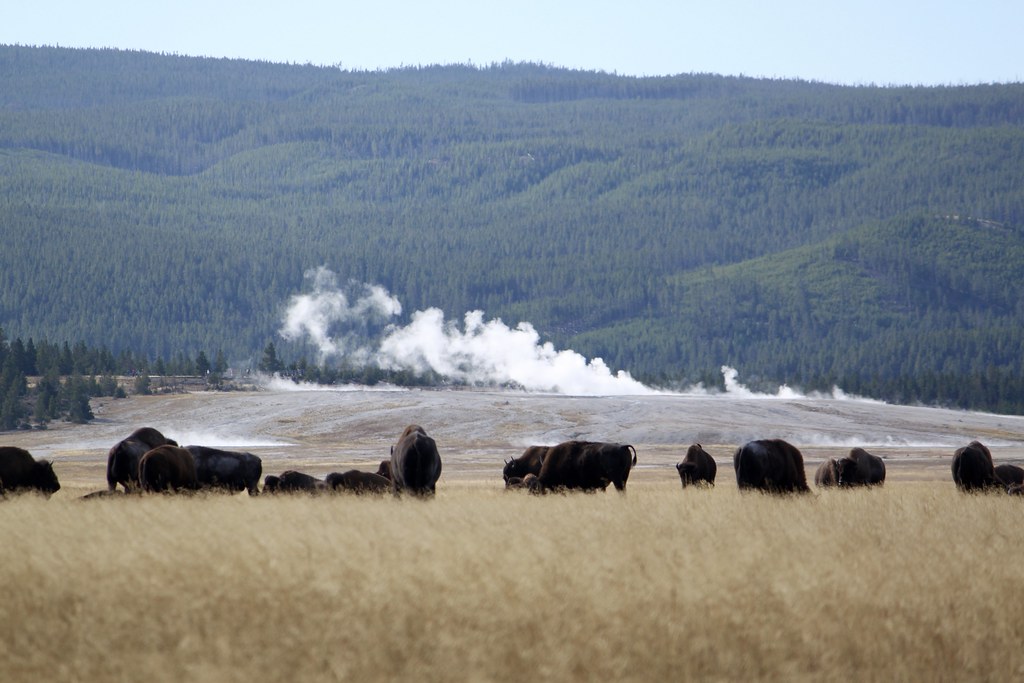 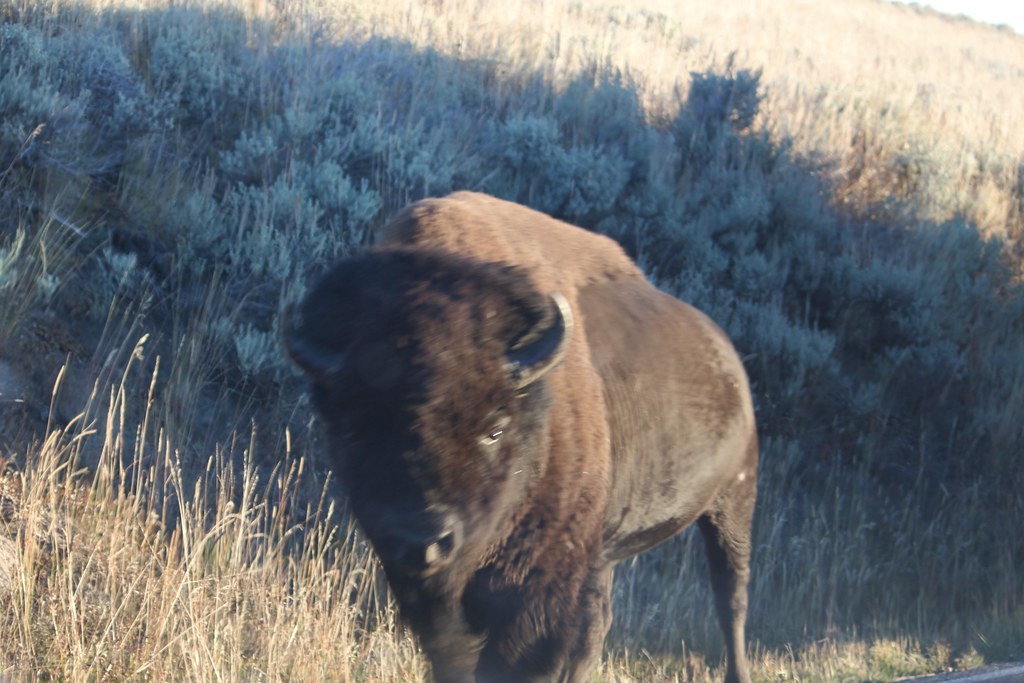 Including right in the middle of the road.
Posted by Julie at 10:35 AM 3 comments: